WATCH: Trump’s Interview With Our Own Amanda Head 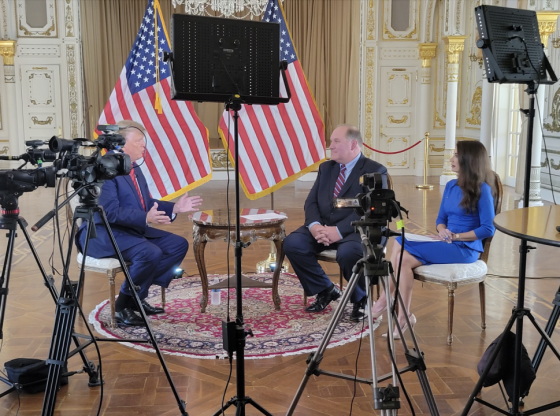 Our very own Amanda Head and John Soloman of Just The News – Not Noise sat down with 45th President Trump for a one-of-a-kind interview discussing many topics, including the Bidens’ ties to Russia and Ukraine.

During the interview, President Trump said, “Why did the mayor of Moscow’s wife give the Bidens $3.5 million? That’s a lot of money. She gave them $3.5 million. So now I would think Putin would know the answer to that. I think he should release it. I think we should know that answer.”

This is President Trump like you have never seen him before from Mar-a-Lago. Head and Solomon ask the important questions and get responses from the 45th President, unlike any other interview.

“The best part of the interview is the question [Amanda} asks on immigration and the border. I guarantee you that’s the one everyone’s gonna remember tomorrow morning,” said Solomon on Real America’s Voice.