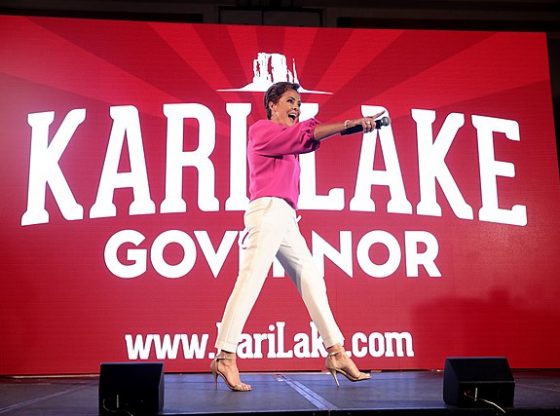 Arizona GOP gubernatorial nominee Kari Lake, who is endorsed by President Trump, ripped a reporter recently after an unfair question over the 2020 election, destroying the disingenuous question in mere seconds.

Without fail, the reporter asked, “Do you feel Donald Trump is doing the same by falsely telling people he won that election when he lost it?”

Lake took a sip of water from a bottle and shredded his premise. Lake redirected, asking how questioning election results, which is protected free speech, divided the country when there were allegations of misconduct in Georgia and Pennsylvania. The drop-off boxes were left out in the open, vulnerable to tampering, and with no clear chain of custody. The drop boxes were just one of many issues that arose in the days when ballots were counted.

“Since when can we not ask questions about our elections,” she said.

Lake, a journalist for almost 25 years, added that she remembered after 2016, there were people, just like this reporter, who questioned the validity of those election results.

.@KariLake to Reporter: “We’re going to bring back freedom of speech. And maybe some day you’ll thank us for that”

But it was perfectly acceptable for the donks to question the validity of the 2016 election and characterize President Trump as being an illegitimate President, hounding him and nipping at his heels like a pack of undersized hyenas. A shameful period in our history. Donkeypox — find a cure.

The “donks” now resent any objection to their own illegitimate raid on Mar-a-Lago. These are queen and king wannabes with zero ability or even an inclination at introspection. They don’t see themselves as the world sees them. Fact is they’ve revealed themselves as hardened communists building an underpinning of oligarchs. They’ve also promoted writers who now convince the ignorant but fast rising class of voters who soon may become a permanent majority.