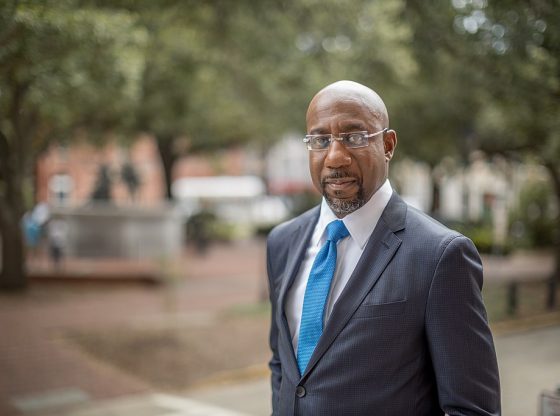 Newly elected Senate Democrat Raphael Warnock admitted to signing off on an email riddled with false claims about a newly passed election bill in Georgia. The Georgia Democrat clearly followed suit of other party members and the President who has also attempted to spread false claims and misinformation about the law. The Washington Post flagged an email Warnock signed from the liberal nonprofit 3.14 Action as an attempt by Democrats to deliberately spread misinformation.

The email claimed the new voting law ended no-excuse mail voting and restricted early voting on the weekends. However, both claims are untrue and have been repeatedly debunked as the law seeks to expand voting.

A Warnock campaign spokesperson told Fox News it approved the text of the group’s email before Kemp signed the bill, while the provisions were still under consideration. The spokesperson noted the Georgia Senate passed a bill to end no-excuse absentee voting earlier in March, and the Georgia House originally proposed restricting weekend early voting.

However, neither provision made it into the final bill, as the 3.14 Action statement Warnock signed appeared to claim.

The firestorm around the law has already economically hurt Georgia. Bowing to liberal pressure and outrage from Georgia-based corporations like Delta and Coca-Cola, Major League Baseball Commissioner Rob Manfred pulled the 2021 All-Star Game out of Atlanta’s Truist Park, costing the area up to an estimated $100 million in potential revenue.

Warnock said he was disappointed by MLB’s decision but framed it as the fault of Republicans, calling it an “unfortunate” consequence of the voting bill.

President Biden has repeatedly made false claims about the Georgia election law and has been fact-checked by the left-leaning Washington Post which reported Biden’s remarks as false.

He needs to be removed from office.

Thats like trying to remove maggets from something dead.

Warnock has NO ONE to blame for this but his sorry ass – spreading LIES about the new voting laws – you stupid asswipe — try telling the TRUTH for once in your life !!! Or can’t you do it ???

Can’t blame the senile old fool in the White House. He could never articulate anything longer than three words. That’s why they canceled the cat in the hat. To many big words. And certainly not the his second in command, she’s too busy giggling and chugging Dugan. This is the commie party spewing lies and racism. CDC says racism is making us sick. They got that right!! I’m sick of them talking incessantly about it.

Warnock needs to be replaced by an honest congressperson immediately. If such deliberate deceit to American citizens by a new congressman is acceptable, then our American justice system, proven a corrupt organization in recent events, obviously continues to be a corrupt and untrustworthy system.

Warnock, is was and will be known as as Liar. He professes to be a man of God,but acts like his father the Devil, the father of Liess.

[…] There you will find 82807 more Info on that Topic: thehollywoodconservative.us/articles/warnock-admits-to-signing-email-riddled-with-false-information-about-ga-voting-law/ […]

[…] Find More on that Topic: thehollywoodconservative.us/articles/warnock-admits-to-signing-email-riddled-with-false-information-about-ga-voting-law/ […]

Investing in the stock market