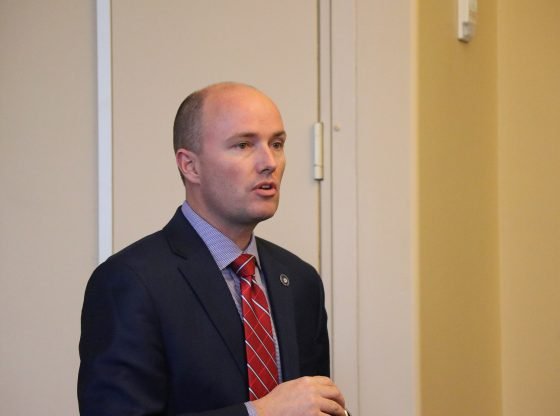 The Republican Governor of Utah has now announced his intention of vetoing a bill that would have protected female athletes from being forced to compete with biological males claiming to be women.

House Bill 11 would require that student athletes participate in sports based on the biological sex listed on their birth certificate. The legislation passed the state Senate on Friday after passing the state legislature in February.

“I just want them to know that it’s gonna be okay,” Utah Governor Spencer Cox said Friday of transgender students when he vowed to veto the bill, the Associated Press reported. “We’re gonna work through this.”

Cox did not immediately respond to a request for comment from The Daily Wire.

Cox is one of only a few Republican governors to veto similar legislation — in April 2021, Republican Arkansas Governor Asa Hutchinson vetoed a bill banning transgender surgeries and procedures for minors (though the state overrode his veto and passed the bill) and Republican South Dakota Governor Kristi Noem drew heavy criticism from conservatives in March 2021 for failing to certify a bill banning biological males from women’s sports.

While leftists cheered the move many conservatives took to social media to blast Cox for his seeming betrayal of a major conservative issue:

Well, well. Another stupid ass with no moral base.

The Republicans have a super majority there. So they can just over ride the rinos veto!

Rino. Too bad he’s not up for reelection this year. He needs to go.

We’ll rid ourselves of all perverts Rino or Dem!

This Governor is an anti human waste of food – He wants to ensure his ownb daughter is never able to succeed in any sport competition.

This RINO might not be who he pretends to be. As a republican his idea does not align with conservative values and moral issues.

You are dead on correct!

Why? Just shaking my head!

Young women will stop trying to compete with men. What a shame. To allow the government continue to try to control our lives will not end well. Enough federal interference in our lives. One of our flags said it best. LIVE FREE OR DIE! Nuff’said!