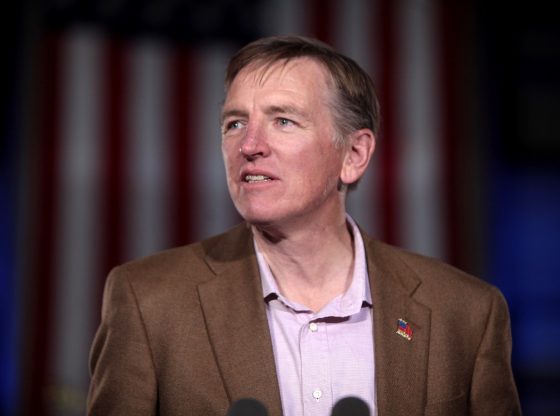 So far, only two Republicans are expected to vote to censure Rep. Paul Gosar during Wednesday’s vote. Democrats have managed to gain support from Rep. Cheney and Kinzinger to help strip Rep. Gosar of his committee assignments after he posted an animated tweet depicting him attacking cartoons of Rep. Alexandria Ocasio-Cortez and President Biden.

So far, only Cheney and Kinzinger — who’ve frequently criticized their party for its continued embrace of former President Trump and accepted an invitation from Speaker Nancy Pelosi (D-Calif.) to serve on the panel investigating the Jan. 6 attack on the Capitol — have signaled they’ll join Democrats in rebuking Gosar.

“We have to hold Members accountable who incite or glorify violence, who spread and perpetuate dangerous conspiracies. The failure to do so will take us one step closer to this fantasized violence becoming real,” Kinzinger tweeted on Tuesday. “To be clear, I’ll be voting yes on the Gosar censure resolution.”

Gosar is the first House member to face censure since 2010, when former Rep. Charlie Rangel (D-N.Y.) was rebuked for a variety of ethics transgressions including misusing congressional letterhead for fundraising and failing to pay taxes on a vacation home.

Will Rep. Gosar be stripped of committee assignments over his mean tweets? Tell us what you think will happen during Wednesday’s hearing in the comments below.

Filmmaker Nick Searcy Talks About His New Jan 6 Documentary!
Psaki Gets Slammed After Claiming Republicans are ‘Rooting for Inflation’

two egg sucking dog that need to be removed form Congress and Kicked out of the GOP, They are nothing
more than bottom feeding Socialist Democrats who have lied to the voters to get elected to office and
are exposed for what they are.

Agree, these 2 politicians should be the ones dismissed from the committee. Who are they to make judgment?

When you speak the proof it’s called “Well Said!”

Kinzinger is a wannabe Democrap crook masquerading as a Conservative from my district in the socialist republic of Illinois.
Don’t know much about Liz except that a lot of folks in Wyoming aren’t happy with her.
It’s interesting that when Commies make fun of Conservatives it’s OK, but when Conservatives make fun of Commies they get censured? No double standard here.

I hope to heck Kinzinger, and Cheney don’t expect to receive campaign money from the
RNC. Gosar is the only representation that
Arizona has in DC, if I am not mistaken, didn’t
Kinzinger beg President Trump for his
Endorsement this last election!!
Kinzinger and Cheney fit the makeup of a
whole lot of the Rhinos in DC. Romney, Flake,
McCain, Paul Ryan, John Grobner, Pence
Ben Sasse, Mitch McConnell, Lyndsay Graham,
just to name a few.
I have also canceled my membership to RNC!
If I contribute to any party, it will be to the individual, not to any party,
There are good ones and bad ones on both sides of the fence it is very sad when you
cannot tell them apart???

Solution is “Fire Cheney and Kinzinger” from Congress. Cheney’s State GOP voted to remove her from the State Party… next is replacing her off the ticket come election day 2022. Bring in two great, Constitutional loving Conservatives… and let Cheney/Kinzinger go back to their home state! Liz Cheney has shamed her Fathers good name and reputation..
﻿

Dumokrats are always ready to attack. No matter how silly it makes them look, the donkeys will do what they think will make them look like heroes to the other jackasses.

globalist puppets; demonrats and rinos always do what globalists order them to do .

Who could have guessed that? These two are gone soon but they have done much damage to the Republican brand!

All globalist puppet rinos do damage to the republican brand .

F god and his globalists and all their puppets; $oro$ and chester biden and demonrats and rinos and media and fbi CRIMINAL organization and libby snow flake sheep AND altar boy raping demonrat priests .

Same old Liveral witch hunt. Where was the censure of Waters when she pulled her shit advocating violence And asshole Harris bailing out rioters and criminal to put back on street. Where’s the 911 commission investigating all the riots and killing of last summer and burning and attacking police. You two faced MFers should all burn in hell

you go Liz , draw up the cartoonie about who brought down Twin Towers, burn kids to death in Waco , reason for killing million Iraqis , killing American sailors of the ship LIBERTY ’67 , gulf of Tonking incident , the holes in Kennedy’s head if you can’t remember details hold a seance with your daddy !! Gosar did it all , including the Insaneerection 1-6-21 …

Perfectly OK to sleep with a Chinese agent and still keep a sensitive committee assignment, but a mean tweet must not go unpunished. These people are so stupid and petty it is a miracle our government functions at all.

Two disgusting lawmakers that have done nothing about real issues. Are these two aware that real inflation is at 32%? Inflation is a tax. The quickest way to break our country is to print money and circulate it devaluing the dollar and increasing prices. We must rid ourselves of these self serving RINOs and get real leadership back, before we lose our country to spineless leaderless people like these two repulsive, repugnant weak republicans. Disgusting.