Tulsi Gabbard to Speak at CPAC 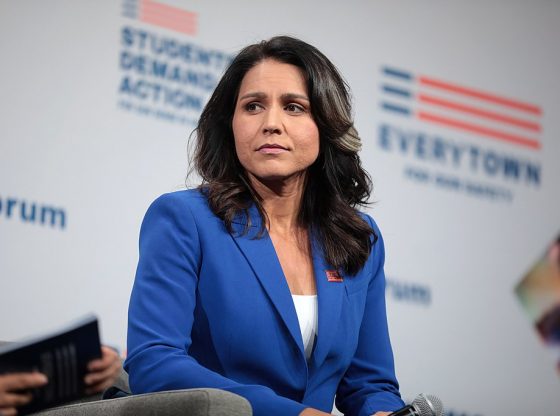 Gabbard, who also sought the 2020 Democratic presidential nomination, will address the annual conference’s Ronald Reagan Dinner on Saturday night. Conservative media personality Glenn Beck is set to give the keynote address during the dinner.

Gabbard’s scheduled appearance at CPAC, a gathering of conservative activists and elected officials, is unusual for a Democrat, though it won’t be the first time she’s rankled her own party.

The former Hawaii congresswoman has repeatedly criticized members of her own party, most recently President Biden, whom she accused earlier this month of unnecessarily escalating tensions with Moscow amid a possible Russian invasion of Ukraine.

CPAC is set to begin on Thursday in Orlando, Fla. Among the other speakers set to address the conference are former President Trump, Florida Gov. Ron DeSantis and former Secretary of State Mike Pompeo, all three of whom are seen as potential contenders for the 2024 Republican presidential nomination.

Republican Rep. Says She Will ‘Win Without Trump’ After Being Snubbed for Endorsement
Lowest Ratings In History For The Genocide Olympics!