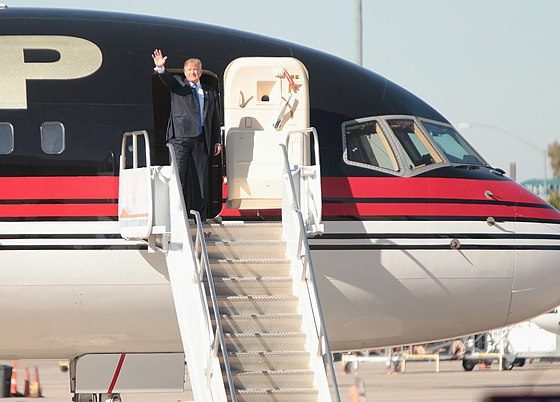 The plane was in the air for between 20 and 30 minutes before one of the engines failed and the pilot of the private plane decided to turn around and return to the New Orleans airport, one of the sources said. The plane was en route to Palm Beach, Fla., where Trump resides at his Mar-a-Lago estate.

Audio of the communications between the pilot and the air traffic control tower revealed that the landing was described as “emergency in nature,” according to the source, who had been briefed on the recording.

Once the plane was on the ground, the RNC scrambled and reached out to a donor and found the former president another plane. Trump eventually landed in Palm Beach around 3 a.m. Sunday.

During his speech, Trump reportedly strongly hinted at launching another presidential campaign in 2024.

We fear for this President every day! The Left got it out for him and they will never stop trying to destroy him!

For My part I will volunteer my time to inspect the mechanical records and the records of ALL mechanics that have worked on this aircraft.. I smell A RAT–or a nest of rats…. Gary

The NSA should be taking a “very” close look at the records on this craft transporting a former American President—What was the failure?

Absolutely Biden and his communist pals will do
Any and everything they can to stop
Trump!