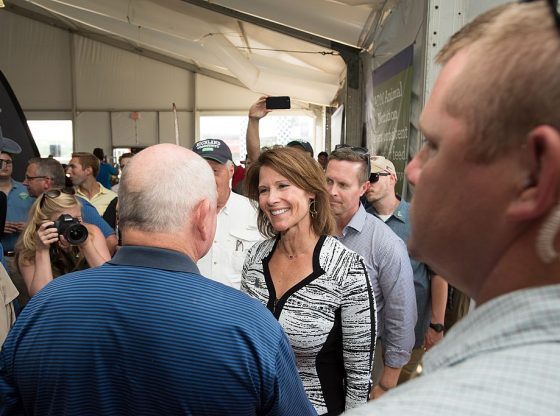 Cheri Bustos may have had enough or she may have seen the writing on the wall. Former President Trump was victorious in her district in both 2016 and 2020 and her chances of victory could be fading away. Either way, the Democrat Representative from Illinois has announced her retirement.

“As I have rounded each new decade of my career, I’ve taken time to reflect on how I can best serve. That’s how, 10 years ago, I decided to run for Congress,” Bustos said in a video announcing her decision. “And it’s why today, I’m announcing I will not seek reelection after completing this term. It will be a new decade, and I feel it’s time for a new voice.”

Her decision to retire comes after a particularly trying reelection campaign in 2020. She ultimately won that race, but only by a narrow 4-point margin — far less than her nearly 25-point win in 2018. Former President Trump carried her district by about 1.5 percentage points in November.

Another thing to consider is redistricting. Illinois is controlled by Democrats and her district could have been strengthened with redistricting. Bustos has said that her decision to retire was not a political one but one where she just wanted some change.

As one who lives in her district I am happy to see her go. I have written her repeatedly, asked for answers, always received response but no answers, basic form letter third finger response. Hope we can replace her with a Republican.

BS about her just “wanting a change”! She’s tested the wind and sees which way it may blow!

Jim, I live in a similar district, unfortunately ‘Metro,’ that has gone from deep red to queasy purple and thanks to invader refugees from benighted blue states, has now turned nauseating BLUE. Either that, or the same election fraud in 2020 prevailed here as well. Like you, I contact my DemoCommunist representative with requests and entreaties, but am met with a marginally ‘personalized’ form-letter catechism on the glories of H.R. 1 Act, ‘For the People.’