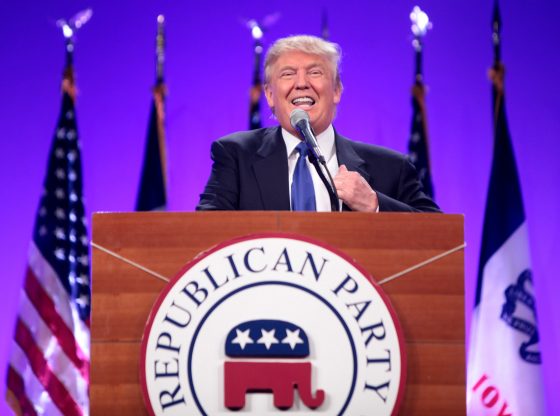 45th President of the United States Donald Trump and other top 2024 White House contenders are set to gather in Florida for a major retreat hosted by the Republican National Committee. The donor retreat is expected to attract major leaders in the party along with the wealthiest contributors.

Some of the heavy hitters set to attend are Florida Governor Ron DeSantis, South Dakota Gov. Kristi Noem, former Secretary of State Mike Pompeo, Arkansas Sen. Tom Cotton, and former President Trump all of whose names have been floated as possible contenders in the 2024 presidential election.

The two-day conference is being held at the Four Seasons resort in Palm Beach – but on Saturday evening it will shift about 4 miles north, to Trump’s Mar-a-Lago resort, where the former president will address the attendees.

The starting line for the next presidential race is still more than a year and a half away – following the 2022 midterm elections – but this weekend’s donor retreat is the third gathering, or cattle call, already this year of potential GOP White House hopefuls, following the RNC’s winter meeting in January and the Conservative Political Action Conference (CPAC) in February. And the RNC’s committee member meeting in Dallas, Texas, in a couple of weeks could see a similar collection of possible 2024 contenders.

“That’s campaign 101,” Henry Barbour, a longtime RNC committee member from Mississippi, told Fox News. “If you’re thinking about running in ’24, you want to meet with not only the most important donors, but the most important fundraisers, because so many of these donors are able to go out and raise money well beyond what they can personally give.”

The pilgrimage on Saturday to Mar-a-Lago also to a degree illustrates the continued sway Trump continues to hold over the party, more than two months after his departure from the White House. And that’s not sitting well with some in the donor class. A conference attendee who spoke with Fox News but asked not to be quoted voiced reservations about the former president’s immense clout.

The donor retreat is an excellent opportunity for contenders considering a White House run to start campaigning early however, the RNC says the main objective for the weekend is to grow the party and show how donors can get involved.

“A Donor asked not to be identified is not happy with the clout Trump still has” [paraphrased]. TOO EFFING BAD AND GET OVER IT. Trump still has a lot of clout because of the people who still support him and it is growing day by day Because of the Democrat’s woke agenda.

IN THE NAME OF JESUS CHRIST

It doesn’t matter any more what the donors want. The rank and file will want Trump with probably DeSantis as VP.

The person I would most like to see becoming President for the 2024/2028 presidency is former Pres. Trump! He did a splendid job in his previous presidency and I’m very certain that he’ll continue his good work in the same manner as he did in his past Presidency!

[…] Here you will find 44464 more Info to that Topic: thehollywoodconservative.us/articles/trump-top-2024-contenders-to-gather-for-major-event/ […]