Trump to Deliver Speech at CPAC Event Next Month 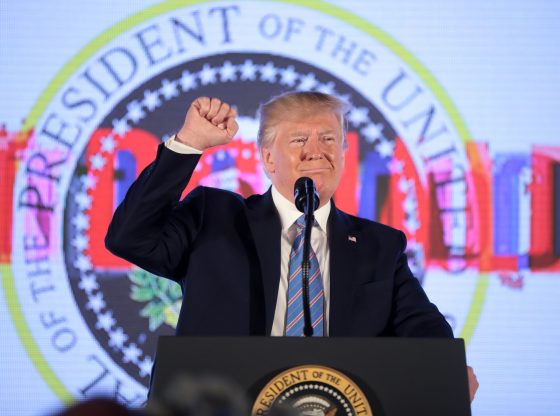 45th President Donald Trump will give a speech at this summer’s Conservative Political Action Conference in Dallas, TX next month. So far, CPAC hasn’t revealed many other major guests who will attend the event but it always attracts major conservative power players.

Trump gave a biting speech at the CPAC event in Orlando, Florida in February, tearing into the Biden administration and “establishment” Republicans, as he teased his continued involvement in GOP politics.

“CPAC’s theme for 2021 is America UnCanceled,” American Conservative Union Chairman Matt Schlapp said in a statement about Trump speaking at the CPAC event in Dallas. “We’re honored that he’ll join us in Dallas and remind us that freedom means never being silenced.”

“A corrupt alliance of Jim-Crow-shouting elected officials dead-set on cutting out voter ID, Silicon Valley censorship czars, woke school boards and corporate CEOs, and a legacy media operation on life support are working together to silence and cancel the voices and votes of conservatives,” Schlapp also said regarding the theme of the event.

The July CPAC speech, along with “upcoming rallies” that Trump teased in a statement last month, will be closely watched to see if they shed more light on the former president’s thinking regarding a potential 2024 presidential run.