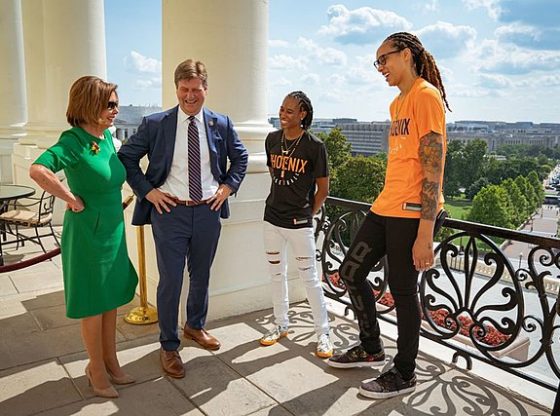 “She knew you don’t go in there loaded up with drugs, and she admitted it,” Trump told the Clay Travis & Buck Sexton Show. “I assume she admitted it without too much force because it is what it is, and it certainly doesn’t seem like a very good trade, does it? He’s absolutely one of the worst in the world, and he’s gonna be given his freedom because a potentially spoiled person goes into Russia loaded up with drugs.”

Trump was referring to reports that the United States is attempting to secure the release of Griner, and former U.S. Marine Paul Whelan, in exchange for Russian arms dealer Viktor Bout who is known as the “Merchant of Death” due to his weapons sales that fueled deadly conflicts around the world.

“She went in there loaded up with drugs into a hostile territory where they’re very vigilant about drugs,” Trump added. “They don’t like drugs. And she got caught. And now we’re supposed to get her out — and she makes, you know, a lot of money, I guess. We’re supposed to get her out for an absolute killer and one of the biggest arms dealers in the world. Killed many Americans. Killed many people.”

Russian Foreign Ministry spokeswoman Maria Zakharova said earlier this week that while the Kremlin and U.S. officials have engaged in talks, “there has been no concrete result yet.”