Trump-Endorsed CandidateDrops out of Race After Losing Custody of Children 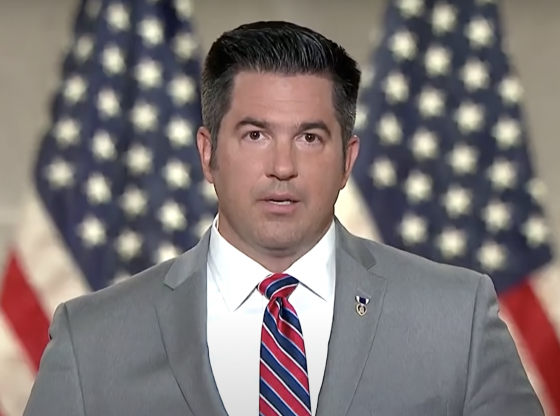 Sean Parnell speaking at the 2020 RNC. Screenshot via C-SPAN.
News |

GOP candidate for Senate in Pennsylvania Sean Parnell has now abruptly withdrawn from the race after a family court awarded full custody of his children to his estranged ex-wife.

Sean Parnell has dropped out of the Pennsylvania Senate race pic.twitter.com/S1xUiJ9bbg

Parnell’s ex-wife had previously accused him of spousal battery and domestic abuse.

Parnell, a retired Army Ranger who narrowly lost a U.S. House race last year, was among several candidates vying for the GOP nomination to succeed retiring Sen. Pat Toomey (R-Pa.) next year. Parnell emerged as the likely frontrunner in the primary after winning the endorsement of former President Donald Trump.

In recent months, however, the GOP primary had come to focus on Parnell’s ongoing divorce and child custody proceedings.

One of Parnell’s Republican rivals, real estate developer Jeff Bartos, revealed in September that Snell had sought protective orders against Parnell in 2017 and 2018, though both orders were eventually expunged. Then, earlier this month, Snell testified under oath that Parnell had physically and verbally abused her.

big mistakes Mr. Parnell , family Courts are largely nest of criminal vipers hunting down American fathers and males in general , the fight for your children’s is parallel to your fight for Senate seat – go back to the trenches and fight another day ..

Hell hatrh no fury like an avenging wife – she just weants to destory hims with
“She said” under oath – her hatred is so great she doesnt care it it impairs or ends child support.
She is obviously being conselld by soeone wit no investment in her.

[…] Information on that Topic: thehollywoodconservative.us/articles/trump-endorsed-candidatedrops-out-of-race-after-losing-custody-of-children/ […]

[…] Here you can find 26303 more Information to that Topic: thehollywoodconservative.us/articles/trump-endorsed-candidatedrops-out-of-race-after-losing-custody-of-children/ […]

[…] Here you will find 90314 additional Info on that Topic: thehollywoodconservative.us/articles/trump-endorsed-candidatedrops-out-of-race-after-losing-custody-of-children/ […]

[…] Read More on on that Topic: thehollywoodconservative.us/articles/trump-endorsed-candidatedrops-out-of-race-after-losing-custody-of-children/ […]