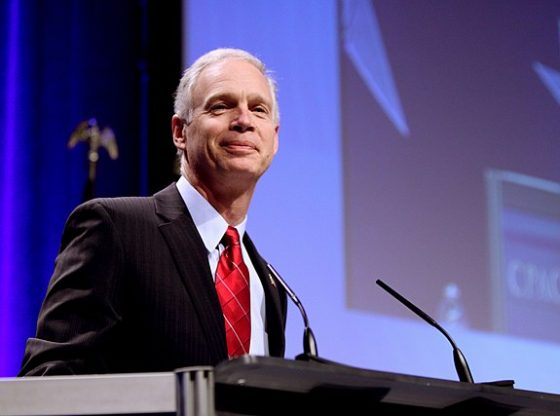 45th President of the United States Donald J. Trump is calling on Wisconsin Senator Ron Johnson to launch a campaign for a third term in the U.S. Senate. John has yet to announce if he will retire at the end of his term or run again but Trump released a statement pushing him towards the latter. Trump released his endorsement through his Save America PAC.

Trump wrote, “Even though he has not yet announced that he is running, and I certainly hope he does, I am giving my Complete and Total Endorsement to Senator Ron Johnson of Wisconsin. He is brave, he is bold, he loves our Country, our Military, and our Vets. He will protect our Second Amendment and everything else we stand for. It is the kind of courage we need in the U.S. Senate.  He has no idea how popular he is. Run, Ron, Run!”

Trump’s urging comes as Johnson publicly says he’s undecided on whether he will run next year. The Wisconsin Republican said in March that retiring after the end of his second term is “probably my preference now.”

“That pledge is on my mind. It was my preference then; I would say it’s probably my preference now,” Johnson said, referring to his earlier two-term vow. “I’m happy to go home.”

However, Johnson has also added a caveat when speaking about his pledge to only serve a total of 12 years in the Senate, noting the promise was made when Democrats did not hold full control of Washington.

The Wisconsin Senate race is set to attract national attention as the chamber is currently split. A number of Democrats have already jumped into the race.

With the vacant-eyed, vacant-minded Biden doing everything he is told to do by Barack Obama, et al, the country need all of its patriots to keep us from descending into the socialist horror that destroyed so much of mankind in the 1940s. Eliminating Democrats from the senate and house is of prime importance to keep political and economic destruction at bay. After that, it boils down to everything we can then do to destroy the Democrat Party in America.

[…] Information to that Topic: thehollywoodconservative.us/articles/trump-calls-on-sen-ron-johnson-to-launch-re-election-campaign/ […]

[…] Here you will find 85763 more Info on that Topic: thehollywoodconservative.us/articles/trump-calls-on-sen-ron-johnson-to-launch-re-election-campaign/ […]

[…] Find More on that Topic: thehollywoodconservative.us/articles/trump-calls-on-sen-ron-johnson-to-launch-re-election-campaign/ […]

[…] Information to that Topic: thehollywoodconservative.us/articles/trump-calls-on-sen-ron-johnson-to-launch-re-election-campaign/ […]