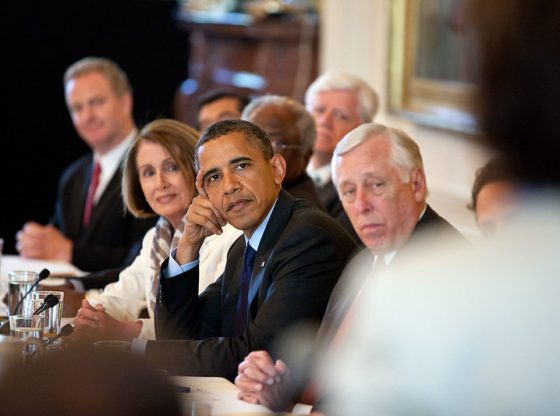 According to a report from Politico, all three top House Democrats, all in their eighties, are seeking reelection. Those include Speaker Pelosi (D-CA0), 81, Majority Leader Steny Hoyer (D-MD), 82, and Whip Jim Clyburn (D-SC), 81.

Clyburn also sticking around: After publicly indicating he would run for reelection, House Majority Whip Jim Clyburn (D-S.C.) officially announced another bid on Monday. It’s unclear if he’ll remain in leadership after the midterms.

“My vision for South Carolina and for this country — you’re going to see it on billboards throughout the district — is making America’s greatness accessible and affordable for all,” he said in Columbia, S.C. after filing for reelection. His grandson, Walter A. Clyburn Reed, would run the campaign, Clyburn said.

The bigger picture: Clyburn’s announcement means the top three House Democrats — Clyburn, Speaker Nancy Pelosi, and House Majority Leader Steny Hoyer (D-Md.) — are all running for reelection. The three leaders have said little publicly about their plans to remain in, or vacate, party leadership. Previously, in 2018, Pelosi had committed to just two more terms as party leader as part of a deal to gain the speaker’s gavel.

Remove them , to old