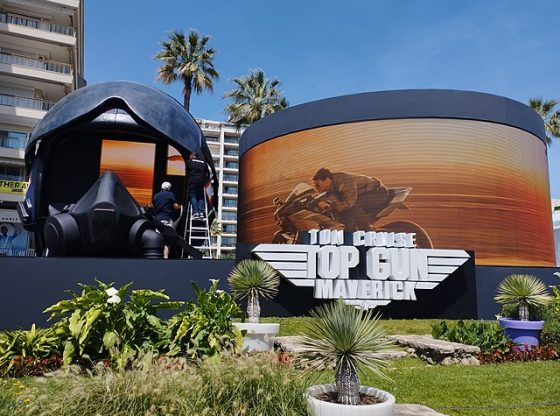 It has been reported that the popular new Air Force-themed film Top Gun: Maverick has now struck box office gold, surpassing Marvel’s 2018 hit Black Panther for the slot of 5th highest grossing movie ever. Variety reports that the film has now made $701 million in North America, dethroning Black Panther, which took home $700 million while running in theatres.

It’s the latest milestone for “Top Gun: Maverick,” which was already the top-earning Hollywood film of 2022 and boasts a worldwide gross of $1.4 billion.

The film serves as a long-awaited sequel to 1986′s original “Top Gun,” with Tom Cruise returning as the hotshot Navy pilot Capt. Pete “Maverick” Mitchell, who must now train a new generation of aviators.

Next up on the domestic list is James Cameron’s “Avatar,” which ranks fourth ever with $760 million in North America. It’s set to be rereleased in theaters later this month.

“Star Wars: The Force Awakens” is the biggest domestic movie of all time with a $936 million haul, while “Avengers: Endgame” ranks second with $858 million.

Wakanda Forever, the sequel to Black Panther, is set to hit theatres in November, but it is unclear if it will reach box office glory.

WATCH: Kari Lake Humiliates Fake News Reporter
Clinton Makes Decision on if She Will Run in 2024

I haven’t seen it but will buy it when it comes on blu-ray.