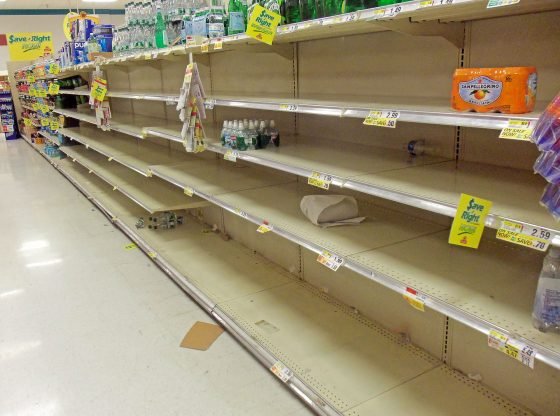 Top economists are now warning of the truly dire consequences another round of forced lockdowns could have on the US economy.

Agricultural economist Damian Mason is warning that renewed COVID-19 shutdowns will cause higher food prices and a wave of shortages.

“The food processing facilities will really be pushing it because they are already under capacity because they can’t get workers,” Mason, who also owns a farm in Indiana, told Fox Business. “Omicron implications will limit capacity that is already limited and will increase prices due to curtailing supply and may even put a fear jolt into grocery availability (again). The worst thing would be government imposed shutdowns of the facilities because it would spike shortages.”

Mason discussed the threat of “Regu-flation” — defined to the outlet as “when increased operational and production costs, imposed by expanded government regulation, combine with already rampant inflation in the marketplace.”

“The same government that told you food inflation was a mere 5.4% despite evidence to the contrary also told you the pain you’re feeling at the grocery checkout is ‘transitory,’ or temporary,” Mason added. “It’s not. Food prices will continue to accelerate and are likely to outpace the rate of overall inflation due to the reasons I’ve outlined above, none of which are going away. Welcome to the era of ‘Regu-flation,’ where rules and policy make it more expensive to eat.”

The latest data indicates that inflation grew by 6.8 percent in November, the fastest rate in almost forty years.

The Biden administration is lying about rising inflation on food, energy, housing, household goods, building materials, etc. They are also lying about increased taxes for the middle class and about the need for vaccines.

The DemonCrats are fine with these things: anything to maximize want, need and misery of the American people to make them more and more dependent on Mega-Government, Technocracy and Globalism. Watch what you vote for! You might get it…and MORE.