‘The View’ Apologizes to Conservative Group 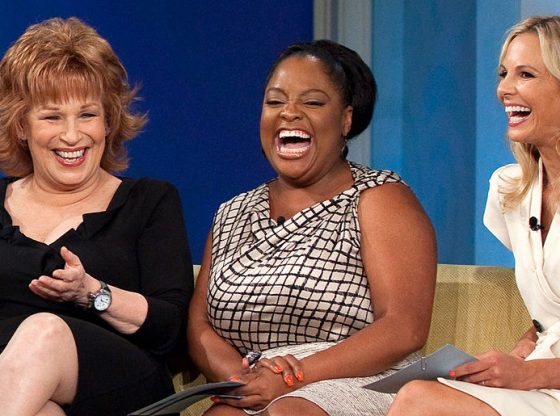 On Wednesday, The View was forced to issue an apology to Turning Point USA (TPUSA) for claiming it “embraced” neo-Nazis at its Student Action Summit in Tampa, Florida over the weekend.

On Monday, co-host Whoopi Goldberg said, “Let me make a quick clarification about the neo-Nazis at the Turning Point event. They were outside protestors. My point was more metaphorical. You embraced them at your thing I felt.”

The View issues an on-air clarification and apology to TPUSA following its threat to sue the program over the hosts' remarks about neo-Nazis at their summit:

"So we apologize for anything we said that may have been unclear on these points." pic.twitter.com/V0t2r5WIih

Trump Wipes The Floor With DeSantis IN FLORIDA!
Every Democrat Votes Against Blocking Handover of US Oil reserves to Chinese Company Tied to Hunter Biden

These cackling hens are constantly having to apologize for something. Why is it even still on?

Why doesn’t someone sue them for the constant waste of OXYGEN they breathe.?!

A great question! They are likely liable for contributing to sacrilege against the sacred cow of CLIMATE CHANGE. Consuming too much oxygen and exhaling too mush poison: (1) carbon dioxide and (2) poisoning minds against righteous action to correct it. Leftist ideology pursued to its logical conclusion. Beware Americans!

The sorry anti American scum apologize, AFTER the damage has been done. And just where are the government supported and paid “fact checkers”?

Apologies NOT ACCEPTED!! These hags need a lesson in Civility and if they don’t learn, they should be taken off the air! Turning point should sue them because many people just pay attention to the initial attack and run with it! They are way too loose lipped because they are not called out enough!