The Future of California is on Foot 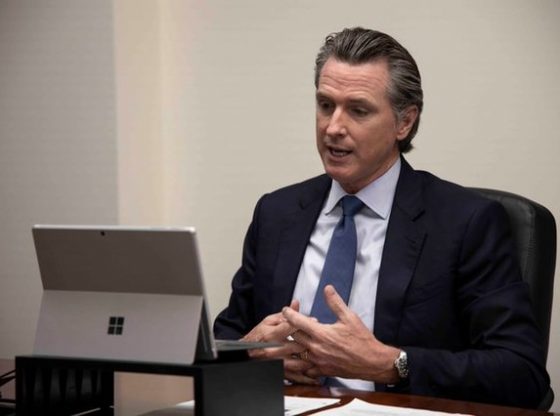 After I had already gotten ready for bed last night, face cream, pajamas, and all, my husband reminded me that I’d promised him I’d go on one of our nighttime walks with him. With no makeup and not a single stitch of clothing that should ever be worn outside the house, I  reluctantly agreed. As soon as we walked out the door, I immediately regretted it. Eighty-four degrees outside, and it was 10 PM! August in LA…this is what it’s like: disgusting temperatures even at night. As the rest of the world is dressing their front doors with autumn leaf wreaths, we’re just trying not to die of heat stroke here in Southern California. True, ten months out of the year, our weather is the envy of the world, but for these 60ish days, it’s hell on earth. Therefore, cue the  Flex Alerts…a fitting name for a state which loves to flex its glory for the rest of the country when in fact, it is declining into a Gomorrish dumpster fire no one wants to visit. Flex Alerts happen every year and are a call-to-action issued to energy consumers to voluntarily (ha!)  throttle their own usage when the energy grid’s capacity seems overloaded. I’m one-hundred percent positive that Gavin Newsom and Nancy Pelosi are following their own recommendations to set the thermostat at 78 and just suffer…aren’t you? It’s not like California  democrats are ever lying hypocrites (except here, here, and here.)

The problem with California’s energy crisis can be placed squarely on the shoulders of Democrats in Sacramento, who have put a Titanic-sized cart before the horse, forcing green energy on a state that is nowhere near prepared to go green. Because the legislation has been diverted away from fossil fuels, electricity, and traditional means of power, our grid is collecting dust and is in dire need of repairs, replacements and refurbishment. But unlike other states that  tend to their grid so their residents can power their homes, we in California have the distinct joy  of being told, “do without.” Of course, these rolling brownouts never happen in Los Angeles… too many celebrities bemoaning their inability to turn on the lights is bad for business.

And then there’s the carbon emission issue. Another California flex is their boasting about the state’s carbon emission restrictions regarding motor vehicles. This week, the Golden State took it one step further as its California Air Resources Board issued new rules. By the year 2026,  35% of new vehicles must produce zero emissions. By the year 2030, that benchmark rises to  68% and 100% by 2035. Ironically, even in California, it seems that of those who “go green,”  nearly a fifth go back to evil petrol. A study performed by UC Davis found that 18% of EV  purchases reverted back to gas vehicles, and 20% of hybrid purchases went back. You can imagine the percentage of purchasers with buyer’s remorse will certainly increase with these latest elements of Flex Alerts. Despite the fact that the state of California aspires to go fully green, EV owners are being asked not to charge their cars. Imagine the embarrassment a leftist must feel when their virtue-signaling vehicles must remain parked in their garage. Californians often joke about how the 405 freeway is a parking lot, facetiously referring to the slow-moving traffic it’s plagued by nearly all hours of the day. If we can’t drive gas cars, can’t afford to fill them, and can’t charge EVs, looks like our freeways will be clear! Silver lining in the Golden State!

All the people of California have to do to understand that Democrats are “no damn good” is to look at the piece of trash they elected as governor. He comes from an immoral, criminal family, and he is the biggest hypocrite of all the rotten politicians in the state. Good job, California voters. Maybe next election you can vote someone in who will COMPLETELY destroy the entire state in one term!

Cali used to be a beautiful place to live but you could not pay me enough money to move back there now.