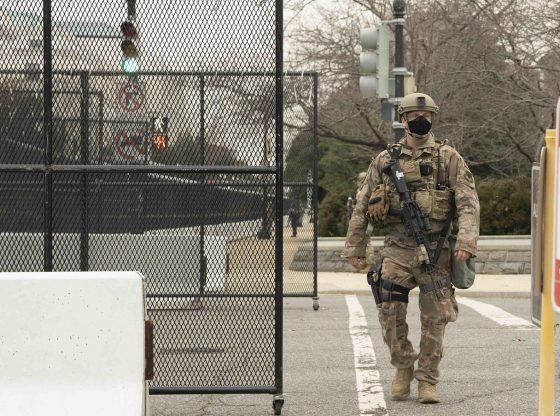 The freshman congressman said that Capitol officers entered his office in November and photographed the documents without his knowledge.

Two days later on Monday November 22, 2021 (Thanksgiving week), three intelligence officers attempted to enter my office while the House was in recess.

Nehlssaid they snapped pictures of a draft legislative proposal that would have ensured body armor quality for law enforcement officers. He said Capitol Police Chief Thomas Manger indicated they were investigating a “veiled threat” against the congressman, but Nehls said he was never warned of such a risk.

Rep. Nehls released a statement on the disturbing break-in.

Chief Thomas Manger said it’s policy that if officers see a lawmaker’s office is open without anyone inside, they are “directed to document that and secure the office to ensure nobody can wander in and steal or do anything else nefarious.”

“The weekend before Thanksgiving, one of our vigilant officers spotted the Congressman’s door was wide open,” Manger said. “That Monday, [Capitol Police] personnel personally followed up with the Congressman’s staff and determined no investigation or further action of any kind was needed. No case investigation was ever initiated or conducted into the Representative or his staff,” Manger said in a statement.

Republican lawmakers are also calling for an investigation into reports of Capitol Police “monitoring” lawmakers and citizens. Rep. Andy Biggs along with 33 other lawmakers reportedly wrote a letter to House Speaker Pelosi and House Administration Chairwoman Zoe Lofgren demanding an investigation on “Recent reports state that the Capitol Police are surveilling Members of Congress, Congressional staff, and their Capitol visitors.”

“If these reports are true, that the Capitol Police force is actively looking for and reviewing private information, then this is a gross violation of American civil liberties and an abuse of power,” he continued. “I’m calling on Speaker Pelosi and Chairwoman Lofgren to do what is best for the American people and look into this troubling report.”

The Republicans wrote that the report revealed the Capitol Police are also “monitoring the online activity of congressional staff and individuals who meet with Members of Congress” and that the force is “reviewing property tax information” to learn the owners of the buildings “where the meetings take place” as well as “reviewing online information to determine if any of the meeting attendees have contacts with foreign nationals.”

“Additionally, Capitol Police were directed to look for information on donors and staff ‘that would cast a member in a negative light,’” the letter reads.

“If true, these allegations are serious violations of Americans’ civil rights and civil liberties,” it continues. “Our constituents have the right to petition Congress and they should be able to exercise this right without fear that Capitol Police will scrutinize their property taxes, social media, or relationships.”

If you are a conservative, the leftist elites and their gestapo thugs of the capital police count you as a terrorist.

Reporting this to pelosi is a joke. They operate under her direction. She should be under investigation for the Jan 6 “riots”.

Who is the crime lord of all these crimes against our republicans? Or is it a crime lady? This is another dem scandal worth looking into. Demokrats are really shining the light on themselves for all to see. They ain’t lookin’ so good.

All we have to do is get the liberal suck bu… media to cover and report, which they won’t. This goes on at urban areas throughout the country with CBS, NBC, and ABC.

Unite America – WE DO NOT NEED THIESE CRIMINALS IN OUR GOVERNMENT ANY LONGER.

300 MILLION UNITED AMERICANS NEED TO ACT IN SOLIDAITY and throw these criminals OUT
of office !!!

Wait untill the 2022 elections and the republicans take back the house. hehehehe bye bye capitol rhino police. Put there a## in jail.