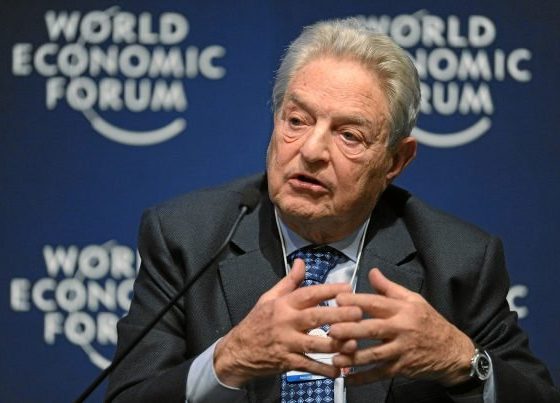 The left-wing Chicago prosecutor who tried to drop charges against hate crime hoaxer Jussie Smollett could face sanctions and a possible loss of her law license after a special prosecutor found she made numerous false and misleading statements regarding the case.

The investigation came after Cook County State’s Attorney Kim Foxx dropped false reporting charges against Smollett, when it was discovered Smollett’s claims to have been attacked by two white men in Trump campaign hats was a hoax, created to advance his acting career and liberal political agenda.

It became a crime because Smollett filed a report with the Chicago Police Department.

The charges were reinstated and Smollett found guilty after a court removed Foxx from the case, citing her political behavior.

Foxx, an outspoken leftist, was elected with the support of a political action committee funded by liberal billionaire George Soros pushing soft-on-crime policies.

Special prosecutor Daniel Webb is referring Foxx and other prosecutors to the Illinois Attorney Registration & Disciplinary Commission (ARDC) for ethics violations, finding “evidence that establishes substantial abuse of discretion and operational failures by the CCASO in prosecuting and resolving the Initial Smollett Case.”

Webb specifically pointed to Foxx’s public claims to have ceased speaking to Smollett’s sister.  Text messages secured by the special prosecutor found Foxx was still communicating with Smollett’s sister, giving her details of the case and coaching her on how to help Smollett dodge charges.

Webb “cites multiple examples from March 2019 and at the end of May 2019 in which Foxx told the media that she stopped communicating with Smollett’s sister. However, the report says she sent five text messages to her and talked with her on the phone another three times through Feb. 13, 2019, five days after she claimed she cut off communication,” Fox News reports.

“Retired Judge Sheila O’Brien, who successfully filed the motion as a private citizen to have a special prosecutor assigned to the case, slammed Foxx, calling her a ‘liar,’” Fox News reports.

“Kim Foxx should resign. This report shows she is a liar, that her administration is in chaos and that she’s blaming everyone else,” O’Brien said. “She should resign. Taxpayers deserve better…”

Nothing will ever happen to her because in the eyes of the Left nothing is wrong with her ethics!

“GOD Will rule against the wicked and Destroy them with The BREATH of HIS MOUTH. GOD Will be Clothed With FAIRNESS AND TRUTH.” (Isaiah 11) I Trust And DEPEND on ALMIGHTY GOD’S Justice Fairness Honesty and Truth to Continue to Expose and Destroy ALL ALL of these involved Evil Corrupt Lying, Dishonest Rebels FOXX ABD EVERYONE WHO’S CONNECTED-PARTNERED, involved in Smollett’ Case AND ALL OTHER Soros’ Involved Cases with every Soros Funded Attorney-Politicians-human beings. “THE LORD HAS MADE THE HEAVENS HIS THRONE; FROM THERE GOD RULES OVER EVERYTHING” (Psalm 103) “IF GOD IS FOR US HE IS MORE THAN THE WORLD AGAINST US” I Decree And Declare IN JESUS NAME.