Secretary of Defense is Not New to Underestimating the Enemy 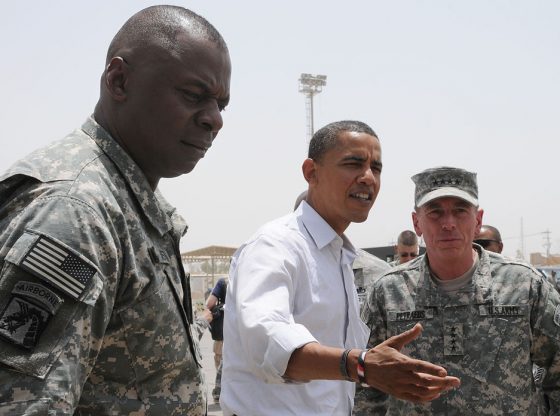 Secretary of Defense Lloyd Austin is scrambling to understand how they could have underestimated the Taliban. One answer could be he was the one who helped underestimate ISIS posed.

As Taliban fighters have seen success after success routing Afghan security forces amid the drawdown of U.S. combat troops after a two-decade-long presence in the country, many are asking why the Biden administration seems to have been caught off-guard by the Taliban’s ability to topple one provincial capital after another.

This reality sent the Pentagon and State Department scrambling to organize an airlift of American personnel while seeking to avoid comparisons to the 1975 fall of Saigon as the Taliban seems likely to isolate and take Kabul in the coming weeks.

According to The Atlantic’s report Lloyd Austin was the source of President Obama’s reference to ISIS as the “JV” team.

According to administration officials, General Lloyd Austin, then the commander of Central Command, which oversees U.S. military operations in the Middle East, told the White House that the Islamic State was “a flash in the pan.” This analysis led Obama, in an interview with The New Yorker, to describe the constellation of jihadist groups in Iraq and Syria as terrorism’s “jayvee team.” (A spokesman for Austin told me, “At no time has General Austin ever considered isil a ‘flash in the pan’ phenomenon.”)

But by late spring of 2014, after isis took the northern-Iraq city of Mosul, he came to believe that U.S. intelligence had failed to appreciate the severity of the threat and the inadequacies of the Iraqi army, and his view shifted.

Austin has denied this story, but when Congress investigated CENTCOM’s handling (or lack of handling) of ISIS, they arrived at several concerning conclusions about how Central Command, on Austin’s watch, handled intelligence about the seriousness of the threat posed by ISIS and the reality on the ground in Iraq.

History seems bound to repeat itself when the same men control the levers of decision-making within the government.

SCOTUS to Hear Challenge to…

Herschel Walker to Speak at…

‘The Medical Rebel’ Blows The…

Sec f Defense Austin is “A Typical Liberal General” a person who fails to realize that you do not know what it is that you do not know. The is why liberfal fail where Conservatives succeed amidst much cautios and prepare contigency plans for possible events that livbeals say will never happen.
Austin is typically dismissing what he bleives wont happen and as a Liberal has nothing to base his dismissal upon other than …nothing.

Austen is a total disgrace. He is much more involved and excited about introducing critical race theory into
the four military colleges than improving troop readiness. He is an incompetent racist and should never be
in the position in now holds

This Guy sounds like perfect match for cho bai din , neither of them could find their ass with both hands in their hip pockets