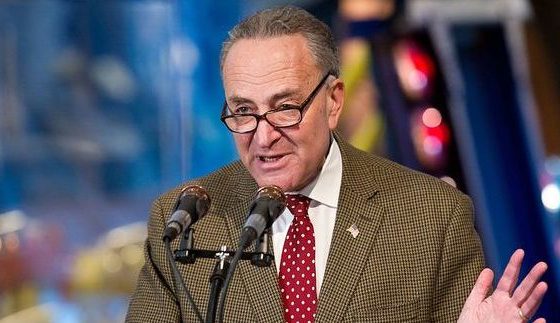 Democrats will be able to use reconciliation to pass President Biden’s massive multi-trillion-dollar infrastructure bill. It’s a major win for Senate Majority Leader Chuck Schumer who will be able to pass the massive bill by revising the fiscal 2021 Budget Resolution.

“The Parliamentarian has advised that a revised budget resolution may contain budget reconciliation instructions. This confirms the Leader’s interpretation of the Budget Act and allows Democrats additional tools to improve the lives of Americans if Republican obstruction continues. While no decisions have been made on a legislative path forward using Section 304 and some parameters still need to be worked out, the Parliamentarian’s opinion is an important step forward that this key pathway is available to Democrats if needed,” a spokesman for Schumer released Monday.

While Republicans have opposed Biden’s “infrastructure” spending spree that reads like the Green New Deal, Democrats are also opposing the bill.

Border Crisis Exposed! You Have To See This…
MLB Moves All Star Game to State With Even Less ‘Diverse’ Voting Laws

Be careful, Chuckie-Yuckie! Malicious plans to cancel the filibuster can backfire later. Your own party of Communists just may be in the minority sooner than you think.