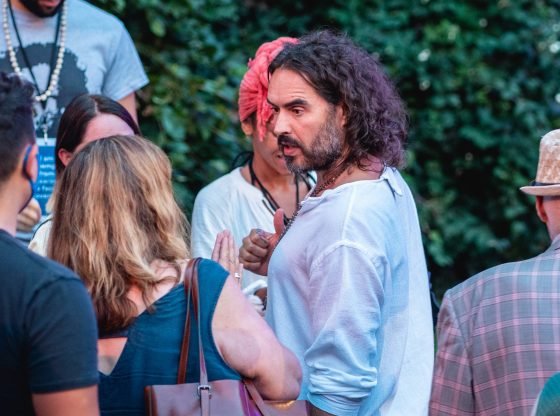 Comedian and podcaster Russell Brand ripped into Democrats, mainstream media, and Big Tech for what he claims was a conspiracy to influence the 2020 election during the latest episode of his podcast.

Later in the show, Brand included the Democratic Party into the list of powerful groups working to distort information. The comedian lamented that he believes the Democratic Party to be a corrupt conspirator against democracy. He also slammed Facebook, Twitter, and legacy media for suppressing and censoring reports about Hunter Biden’s connections and President Joe Biden’s alleged connections to foreign businesses in China and elsewhere. Brand said:

Look, I’m not a pro-Republican person. I don’t see myself that way. I don’t see myself as a conservative, or that I’m in a Trump or Giuliani or media establishments that were reporting on these revelations, they are not my cultural, social, or political allies. That’s certainly not how I see myself. However, it seems to me that what reason is Hunter Biden [sitting] on the board of an energy company in the Ukraine? What reason is James Biden [sitting] on the board or receiving payments from an energy company in China?

At a time when we’re talking about sleaze, corruption, financial misdemeanors and relationships between corporations, big business, and politicians, let’s just face it: unless you’re bloody stupid, you know that’s going on all the time. So, either change that or let’s stop pretending that politicians are aspiring to anything other than the advance of their own interests. And if there is a byproduct, a few people get helped along the way, well, then, that’s great.

But for me, revelations that there are financial connections between energy companies in the Ukraine, energy companies in China, and the Biden family are troubling. That should be public knowledge. And it’s even more troubling that Twitter and Facebook and the media at large deliberately kept it out of the news because they didn’t want it to influence the election. What is democracy, then? It suggests to me that democracy is, ‘We want you to vote for this person. We don’t want you to vote for that person.’

Brand is one of the very few left-of-center celebrities who have dared to call out the transparent bias of the mainstream media in regards to coverage of the 2020 election.

I think the reason he and Katy Perry busted up is Kathrine the Not So Great is so woke it drove him nuts. I’m no advocate of divorce, but it is clear HE ran out of patience.

It’s good he disavowed any political connections, which muddy the waters with assumptions. Not having a political agenda, his message is clear and may wake up more people (NOT in a “woke” sense) to basic facts – Biden corruption and media collusion.

well said… and entirely true, and it is a bipartisan point of view…

What an honest libturd? Who doesn’t practice intellectual dishonesty, they really exist…who knew❓

It’s safe to say he’ll likely be Mister Right(instead of Mister Left) before too long. In fact, I’ve heard of more(and an increasing number) of people who have gone from Left to Right than vice versa.

Wow! He has been so far left in the past and he can see how destructive these companies and wokeism are(sp? Maybe it’s wokism).

Just maybe there is SOME hope for reason in Hollyweird.