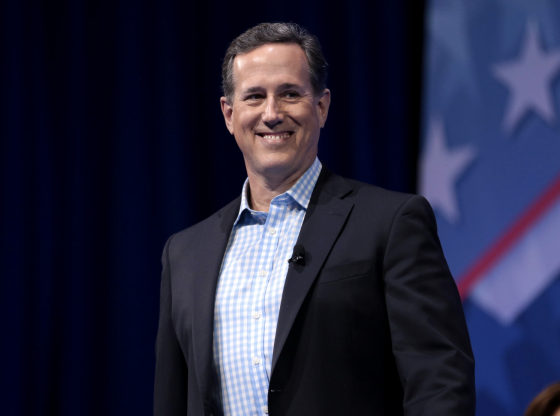 Rick Santorum made statements against the controversial far-left 1619 Project. He was then fired by CNN.

CNN has ended its contract with conservative commentator Rick Santorum after the former senator said America’s Founding Fathers “birthed a nation from nothing,” the network confirmed on Saturday.

The two-time GOP presidential candidate angered the network’s viewers with comments he made to Young America’s Foundation on April 23.

When the Pilgrims arrived in 1620, “There was nothing here,” he said. “Yes, we have Native Americans, but candidly there isn’t much Native American culture in American culture.” The Founding Fathers “came here, mostly from Europe, and they set up a country that was based on Judeo-Christian principles,” Santorum said.

A “CNN senior executive,” who spoke on condition of anonymity, told HuffPost that “None of the anchors wanted to book him, so he was essentially benched, anyway.”

When I signed on with CNN, I understood I would be providing commentary that is not regularly heard by the typical CNN viewer. I appreciate the opportunity CNN provided me over the past 4 years. I am committed to continuing the fight for our conservative principles and values.

"I wanted to give you a chance to explain yourself, because that's what this show is about."

CNN Communist News Network
The looming Chinese communist tyrannical patriarchy, as I walk thru stores and checked many objects, most are made in China, I can sense the tears of sorrow of the enslaved children and women that have lost their life, liberty and happiness making those objects and barely survived, the tyrannical Chinese patriarchy has their citizens enslaved in the name of profit, the CCP needs to pay their enslaved workers $15 per hr.

The Judeo-Bolshevik run fake news station. Putz Stelter has a new book out and he has the wrong title. It should be, “THE FATE HOAX, ME, BRIAN STELTER”!

Probably 99.8% of the viewership on CNN are people who only watch what they are told to watch.
They only listen to whom they are told to listen to. In point of fact, they are what the Communists call “Useful Idiots”. Thus who cares what they think, like or dislike. Anyone unable to think for themselves is a waist of my time.