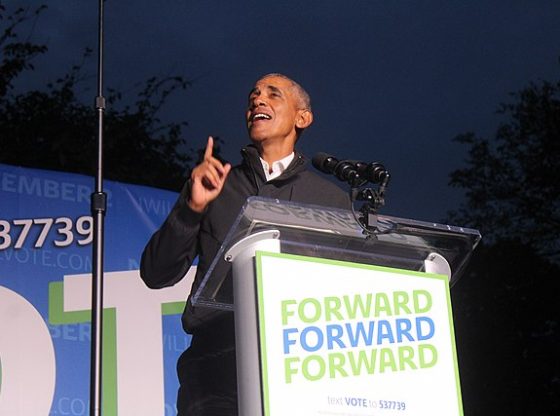 The red wave is coming.

In a devastating turn of events for Democrats, the Republican Party squeaked out yet another win when Republican Daniel Rickenmann was elected mayor of Columbia, South Carolina. The win is especially shocking after Democrat candidate Tameika Isaac Devine had endorsements from major Democrat players like former President Obama and House Majority Whip Jim Clyburn.

Republican Daniel Rickenmann, a businessman and Columbia city council member, defeated Democrat Tameika Isaac Devine 52% to 48% on Tuesday night in Columbia, which sits in a county that President Biden carried by almost 40 points in 2020.

Obama, according to Washington Free Beacon, released an audio message in support of Devine. The former president carried the city’s county by 29 points in 2008 and 33 points in 2012.

Clyburn, one of the most prominent Democrats in both the South and the Black community, who many believe saved President Biden’s flailing 2020 campaign with his endorsement, also endorsed Devine.

Columbia has been so reliably blue over the last several years that Republicans didn’t put forth a challenger to Rickenmann’s Democratic predecessor, Mayor Stephen Benjamin.

With victories like these, it’s clearer than ever that Democrats can expect a bloodbath in next year’s midterm elections.

As the domino’s fall.

They need to continue to fall.

Obama is a shit bag and needs to be locked up for life .. Efff Obama and his man of a so-called wife

I wonder if magical more ballots will appear 🙄

[…] Read More on on that Topic: thehollywoodconservative.us/articles/republican-wins-in-major-democrat-stronghold/ […]

[…] Info on that Topic: thehollywoodconservative.us/articles/republican-wins-in-major-democrat-stronghold/ […]