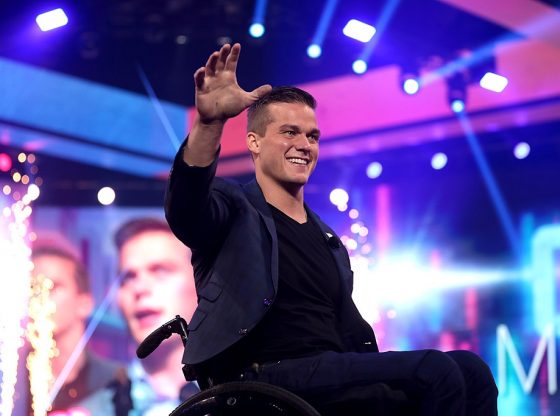 North Carolina Congressman Madison Cawthorn is pushing back on an effort to disqualify him from running for a second term in Congress. Rep. Cawthorn filed a federal lawsuit against members of the North Carolina State Board of Elections (NCSBE) over a challenge 11 North Carolina voters filed with the organization last month.

The 11 voters claimed Rep. Cawthorn’s speech at a rally before the Jan. 6th Capitol riot violated the 14th Amendment which prohibits individuals who “engaged in insurrection or rebellion” from running for Congress.

“Running for office is not only a great privilege, it is a right protected under the Constitution,” Cawthorn said in a statement. “I love this country and have never engaged in, or would ever engage in, an insurrection against the United States. Regardless of this fact, the Disqualification clause and North Carolina’s Challenge Statute is being used as a weapon by liberal Democrats to attempt to defeat our democracy by having state bureaucrats, rather than the People, choose who will represent North Carolina in Congress.”

The suit, filed before the Eastern District of North Carolina, takes issue with a state law that says someone’s ability to run for Congress can be challenged based only on a reasonable suspicion or belief that the facts of the challenge may be true.

“North Carolina’s law is unjust and unconstitutional as applied to Rep. Cawthorn,” said James Bopp, Jr., the lead counsel for Cawthorn. “The Challenge Statute violates fundamental principles of rights to free speech, due process, and federal law. Requiring someone to prove he didn’t do something based upon the barest of ‘suspicions’ is patently unfair and unconstitutional.”

Among other things, the suit asks the court to declare the challenge unconstitutional “because its ‘reasonable suspicion’ standard is insufficient justification to trigger a government investigation” and to “Declare that the burden shifting provision of the Challenge Statute is unconstitutional under the Due Process Clause of the Fourteenth Amendment because it requires Rep. Cawthorn to prove a negative.”

Cawthorn is running for his second term in the newly-created 13th Congressional District.

Except is wasnt an insurrection……it was a mild skirmish, with FBI and Antifa agitators.

What do you expect from the party of dirty tricks? It isn’t the first time they tried to pull this stunt. Smear your opponent with the biggest lie and never prove anything.

The domestic terrorists must be stopped permanently.

The focus should be on the National insurrection that destroyed so many American lives, businesses, hopes and dreams, THAT is the real problem