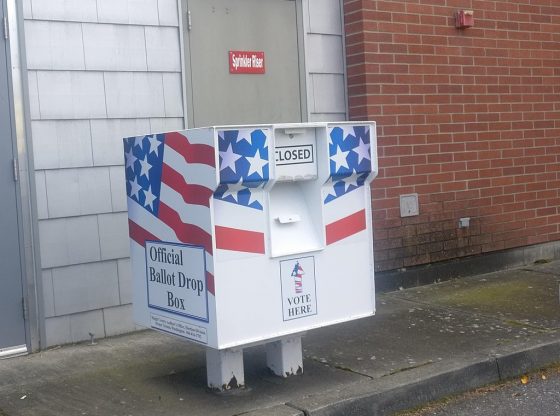 On Friday, Wisconsin’s Supreme Court banned the use of unmanned ballot drop boxes in elections.

“An absentee ballot must be returned by mail or the voter must personally deliver it to the municipal clerk at the clerk’s office or a designated alternative site,” the majority decision said.

The lawsuit, initiated by two Wisconsin voters, was brought against several entities including the Wisconsin Election Commission (WEC) and the Democratic Senatorial Campaign Committee.

Documents in question included guidance from the WEC on mail-in-ballots and voting. The lawsuit alleged that ballot drop boxes “causes doubts about the fairness of the elections and erodes voter confidence in the electoral process.”

The Court’s liberal-leaning justices claim the measure will make it more difficult for citizens to participate in elections.

“The Court’s liberal-leaning justices claim the measure will make it more difficult for citizens to participate in elections.” If they were giving away free Obama phones at a polling office, how much does anyone want to bet, these same citizens, who would have sooo much difficulty voting, would get to that polling place by bus, trolley, cab or Uber or even walk for that “free phone”, that we taxpayers paid for. This is a BS argument by liberals. Always has been, always will be!