Report: Nancy Pelosi Will Run Again Despite Promising to Step Aside

New reports indicate that Nancy Pelosi will launch another Congressional campaign despite previously promising to step down as the top House Democrat after 2022.

Pelosi has held her party’s top role in the House as both speaker and minority leader for nearly two decades. During leadership elections in 2018, Pelosi agreed to a term-limit plan that would mean she would not seek the speaker’s gavel after the 2022 elections. Last year, she affirmed her commitment to the plan.

But the CNN report published on Sunday, citing “sources familiar with Pelosi’s thinking,” said that Pelosi is keeping open the possibility of breaking that pledge and seeking to remain the leader of House Democrats after 2022.

Running for another term and keeping open the possibility of seeking a leadership position again helps Pelosi keep control over her caucus and avoid being seen as a “lame-duck speaker,” a term that Republican House Minority Leader Kevin McCarthy has used to describe her.

It may also quiet speculation about who can replace her as the Democratic leader in the House, avoiding monthslong angling for the position among top contenders that distracts from campaigning against Republicans in the midterm elections.

The report came after an October interview that left many speculating that Pelosi was planning her exit when she refused to answer if she planned to run for another term.

Bond Producers Looking To Ruin The Franchise!
Biden Says He Would Be Willing to Lose Presidency Over Chaotic Afghanistan Withdrawl

Someone needs to kneecap this commiebitch and put her out of our misery.

THAT SHOULD APPLY TO BOTH HER KNEES.. i HAVE TOSSED OUT TRASH THAT WAS MORE USEFUL. THAN THIS SORRY EXCUSE FOR A HUMAN BEING!!

Now…now! So much violence. Knee cap? How about we just duct tape her mouth and stick her in a closet for a bit. 😂

Some only exist for power….when her time comes she’ll need a gavel in her coffin…..

Why is she still there? How can she be Speaker when she can’t even speak? I can only imagine she wants to stay in Washington because her family doesn;t want her at home.

Nancy lives in power the same way as J. Edgar Hoover in the FBI for many decades. Those that covet their positions turn away when their dirty past might be exposed. Its not new in politics, but few do it so well as to reach a point where they can only protect self while in power.

Pelosi is a power mad egotist. She believes she is a queen and we the people don’t matter at all to her. Only her own self matters to her, this is obvious to anyone around her. Her drinking is legendary and it shows in many of her public appearances. Retire Pelosi, you are a disgrace to America.

Dems will need to keep the house and I don’t think that’s likely! She an overstuffed bed sheet!

Maybe she will die of natural causes before then, WISH!!

She should RUN….into a moving train, off a cliff, or many other ways to end it all…….a Disgraceful, Disgusting, individual, who shows she doesn’t care about America……my opinion 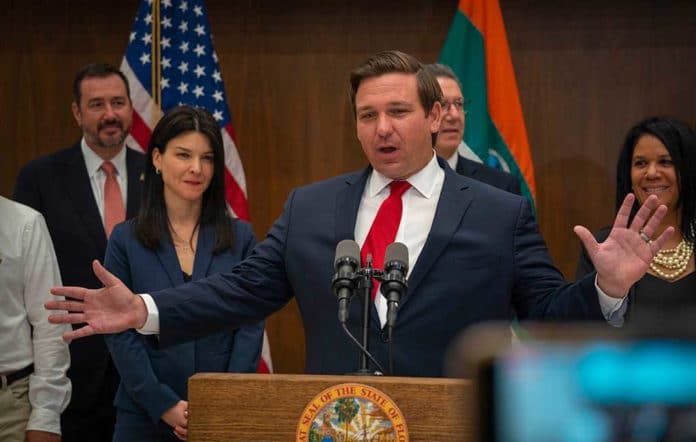 Well, if she wins then she will still be in office when the impeachment hearings and charges against her and the crimes she has committed in office begin. The sham impeachments against innocent persons that have been so clearly proven false should begin for her immediately after the elections. Because the house will be republican again and old Nanc has truly committed known crimes when she was privy to the truth and should have have continued her persecution of those innocent people. Get her whether she is still in congress or NOT!

And can’t wait until she ignores subpoenas or pleads the 5th. Facts are facts Nanc and many are there to prove with or without your testimony that you knew and still used your powers to persecute the innocent. Stick around Old Queenie Nanc for your trials! And remember you set this precedent.

And should Kevin be the speaker, he had best remember in this case there should be punishment and delivered swiftly and righteously. Nothing is fake or made up about Old Nanc and her culpability in her office and her actions. This nation is sick of weak go along get along Rinos Kevin McCarthy. We will make sure you act and swiftly! Or we will demand your resignation as speaker and put a real conservative in your place. You were chosen by two of the sleaziest rinos in Congress, Drunkard B and Rat R. And to the shame of the GOP and conservatives both were sorry rinos who screwed the nation’s patriots in their tenure as Speaker of the House. NO MORE McCarthy, remember that!

The old witch had best not be reelected. Her embalming fluid is about a quart low and her constant intake of high octane hooch is no substitute.

Let her run. It will be a true pleasure to see her removed as Speaker of the House. That being said it’s time to prepare for future elections and be prepared to stop the fraud of the Dems. And be prepared to fight. If you know what I mean.

Pathetic Pelosi just cant tell the truth, not even to her own Dem party. Nutty Nancy has never done anything for our country, just favors and funds for her rich partners in crime. Hoping a house from Kansas mysteriously falls on her one day. Same for the witch of the east (hillary) too.

Pelosi has kept her speakership by intimidation, bribery, and blackmail. She is a liar supreme, and never intended to step down. Watch the ballots carefully poll watchers, and not counting “found” ballots after the close of election day