Report: Biden in Talks to Give Illegal Aliens $450K Each

President Biden is reportedly in discussion to award illegal migrant aliens separated from their families up to $450,000 each. The deal seems to be a retroactive “fix” to the Trump administration’s zero-tolerance policy put into effect in 2018

“The U.S. Departments of Justice, Homeland Security, and Health and Human Services are considering payments that could amount to close to $1 million a family, though the final numbers could shift,” The Wall Street Journal reported. “Most of the families that crossed the border illegally from Mexico to seek asylum in the U.S. included one parent and one child.”

The report said that many families would likely get smaller payouts depending on their circumstances and that the total payout could be more than $1 billion.

The American Civil Liberties Union (ACLU) claims that there are several thousands individuals that were separated under the policy.

Former Acting DHS Secretary Chad Wolf slammed the move, saying that there were “no limits” to what the Biden administration would do in terms of implementing policy that was damaging to border security and immigration, adding that this latest move “may be at the top of the list.”

This story is developing and will be updated as more information becomes available.

Many hard working American citizens have never seen $450,000, let alone have it for themselves. Since they earned it collectively, then surrendered it as tax, it seems wrong to simply take it for support of those who violated U.S. laws. In fact, we should not support illegal aliens in any way. Their home nations should be required by international law to pay for their food, shelter, medical care, return transportation and any other costs borne by the U.S. Uncooperative nations should be punished in the market place for any continuing costs. 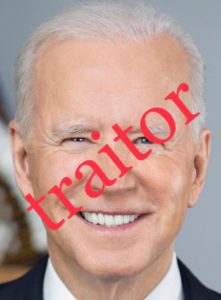 Happy yet, liberals? This is all on you idiots.

This is a travesty! The bumbling loco excuse for a president doesn’t have the authority to take federal funds and give it to illegal aliens . Their children were separated from the parents because they committed crimes just like any other persons would be and no one has ever been given funds for being separated from their families after they broke the law. The guy needs to be removed from office for violating everything to do with his office. They guy is nuts! He is a clear and present danger to our nation! So is the VP and the Speaker.

Veterans living on the street is no problem for this administration

[…] Read More to that Topic: thehollywoodconservative.us/articles/report-biden-in-talks-to-give-illegal-aliens-450k-each/ […]

[…] Read More on that Topic: thehollywoodconservative.us/articles/report-biden-in-talks-to-give-illegal-aliens-450k-each/ […]

[…] Here you will find 96492 additional Info on that Topic: thehollywoodconservative.us/articles/report-biden-in-talks-to-give-illegal-aliens-450k-each/ […]

[…] Information to that Topic: thehollywoodconservative.us/articles/report-biden-in-talks-to-give-illegal-aliens-450k-each/ […]