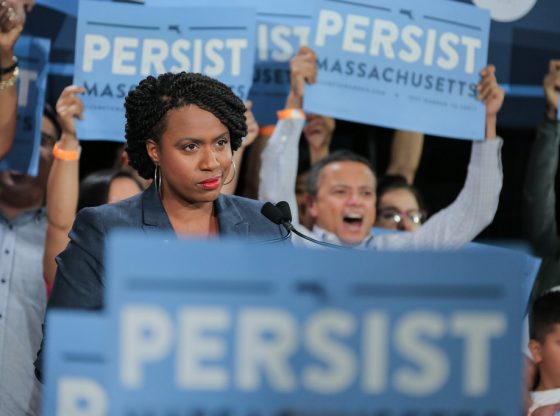 Congresswoman Ayanna Pressley, who has repeatedly called for the defunding of the police, reportedly continues to spend thousands on private security according to recently obtained records.

Democratic Massachusetts Rep. Ayanna Pressley, who has repeatedly pushed to defund the police, spent thousands of taxpayers’ dollars on private security, according to newly released Statement of Disbursements of the House records reviewed by the Daily Caller.

Pressley spent $14,000 of her Member Representational Allowance (MRA) on “security service” between January and March 2022, according to the new Statement of Disbursements of the House records.

“The Member’s Representational Allowance (MRA) is intended for individual member offices’ expenditures and receipts during a single legislative year. The MRA is funded through fiscal year appropriations and authorized annually by the Committee on House Administration (CHA). It is non-transferable between legislative years,” the House government website states.

So far Pressley’s office has now responded to requests to comment on the thousands of dollars she reportedly spends on private security.

Here is a sickening HEADS UP–for all the people not able to afford gas or especially diesel—the elite communist pigs love the fact the highways will be empty—In the Soviet Socialist state only PARTY members used the highways—that is the way these pigs think; read the book: THE ANIMAL FARM–pigs are special.

Anyone who votes for democrats are seriously mentally challenged.

Yes these Marzist dirt bags gladly spend our money on things like it’s there money there spending. Washington on both sides is out of
Control. Even some Republicans votes liberal
To keep there jobs and for favors from the commie left. We need a clean sweep of Washington to get back our freedom. We lose
more freedom every waking hour now
These devil worshiping pigs don’t even care if we know that there coming after our freedom now
That’s how out of control they are. There stepping up there act to take control because Nov. Is coming fast and there nervous as hell
Because there going to lose big in Nov. Be alert
People from now on because these crazies are
Under the thumb of the devil Himself and will stop at nothing along with Satan himself to take us down. We have to rise up and be prepared
Take back our country because talking will not do a thing anymore. I am not saying get a gun
at all but you get my meaning what has to be done. Our very way of life is at stake now
So stay calm until calm will not do what’s right .
Remember freedom is not free and it never will be

I am not saying anything about hurting anybody but that is up to you and you alone
To do what is need to be done. Athey will not quick until we’re all in chains look how they kill babies by the millons soxso you think they will spare adults from harm????

So she wants to eliminate the police and take our guns so we cannot protect ourselves; but spends $4,000-$5,000 of taxpayer money per month for security protection for herself. The taxpayers MUST DEMAND that no such expenditures be allowed for ANY politicians whatsoever. They are not gods and are no more worth protecting than any citizen they represent. If she wants security protection then let her pay for it out of her personal finances. Then we will see if she really wants law enforcement defunded.