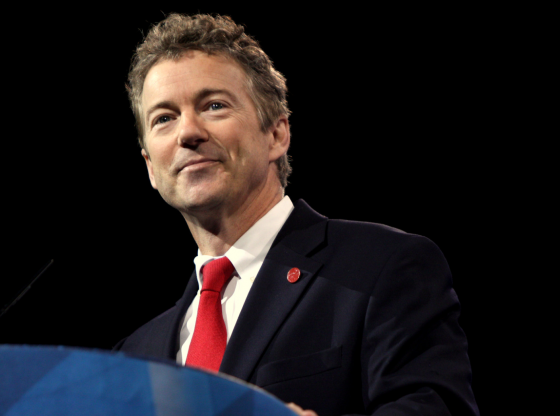 While the United States Supreme Court upheld the constitutionality of Obamacare as an exercise of Congress’ power to levy taxes, the Court also ruled against its mandate that Americans buy private health insurance.

Paul predicts Biden’s vaccine mandate, which requires many employers to require vaccination or a valid exemption as a workplace safety requirement, will be decided by the Supreme Court, who will use its Obamacare ruling to strike it down.

However, Paul predicts if that’s how the Court rules, it will be a very narrow decision.

“I think Gorsuch, Alito, and Thomas are good,” said Paul. “I think it’s unknown whether Barrett and Kavanaugh will be with us. I think Roberts blows in the wind and could go either way but probably goes with the liberals on this.”

Others are not so sure, and believe Biden may have found a way around the Supreme Court – by placing the mandate on employers rather than individuals.

Josh Blackman, a constitutional law professor at the South Texas College of Law Houston, writing at The Volokh Conspiracy, believes that while there are many legal arguments against the mandate, sthe Court may use the fact it is an OSHA mandate rather than an individual mandate as a loophole.

“So long as the mandate is enforced by employers, the federal government is not regulating individuals. And Congress has well-established powers to impose fines on businesses that engage in economic activity that substantially affect interstate commerce,” writes Blackman.

Biden, however, may have made it too broad, Blackman writes.

“Still, this statute would empower Congress to indirectly regulate 100+ million Americans. If Congress drops the threshold to 10 employees, an even greater number of people would fall within the ambit of federal power. And this regulation does not concern mundane workplace activity. Rather, Congress would have imposed a requirement to purchase a commercial product–the precise unprecedented power that Congress lacks,” writes Blackman.

[…] Information to that Topic: thehollywoodconservative.us/articles/rand-paul-drops-bombshell-biden-vaccine-mandate-will-ultimately-be-killed-by-obamacare/ […]

[…] Read More to that Topic: thehollywoodconservative.us/articles/rand-paul-drops-bombshell-biden-vaccine-mandate-will-ultimately-be-killed-by-obamacare/ […]

[…] Read More to that Topic: thehollywoodconservative.us/articles/rand-paul-drops-bombshell-biden-vaccine-mandate-will-ultimately-be-killed-by-obamacare/ […]

design your own cornhole bag

[…] Information on that Topic: thehollywoodconservative.us/articles/rand-paul-drops-bombshell-biden-vaccine-mandate-will-ultimately-be-killed-by-obamacare/ […]