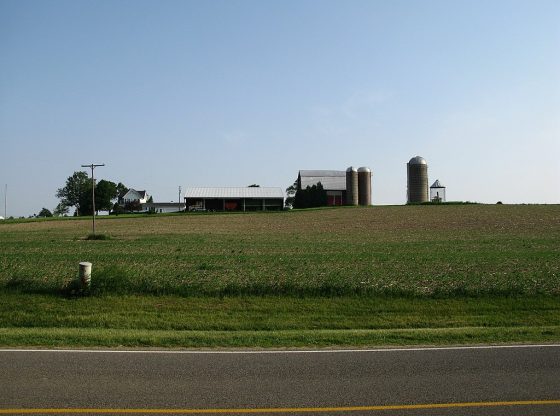 Joe Biden wants to give relief to farmers. But there is a catch. You can’t be white.

The blatantly racist policy has – understandably so – suffered another defeat in court.

The Biden administration’s plan to distribute post-pandemic farm loan relief to non-white farmers was hit with another legal defeat on Thursday.

District Court Judge S. Thomas Anderson of the Western District of Tennessee issued a preliminary injunction to halt the U.S. Department of Agriculture from moving forward with the loan payment plan that excluded white farmers and ranchers.

“The Court finds that Plaintiff has shown a substantial likelihood that he will prevail on his claim that Section 1005 violates his right to equal protection under the law,” the decision states. “Absent action by the Court, socially disadvantaged farmers will obtain debt relief, while Plaintiff will suffer the irreparable harm of being excluded from that program solely on the basis of his race.”

When stating why she sued, Carpenter issued a devastating quote: “Biden’s law is seemingly designed to racially humiliate Americans like me… To qualify under the bill, an applicant or his farm needn’t have experienced racial discrimination… There is not even a requirement that the applicant have suffered any direct economic loss due to the lockdowns. Skin color is the most important consideration.”

Doctor King taught Us, that listened, that Men should be judged by their character and not their color. Why is it the democrats are so “hung up” on making everything somehow ABOUT RACE?

Because it divides us by engendering hate, based on color, and that follows the principle of “divide and conquer.” So we have to unite based on our respect and love for each other and reject the communist/Marxist/socialist goals of the left. If we unite, we can get our country back.

Biden and his democrats are races remove them from office.

Dementia? How about Dementia with Chronic Alcoholism – then it makes more sense and fits the Emails on Hunters laptop. Think of it…if you were doing to Americans the things Biden is doing would you not want back the numbness of booze you purportedly gave up in 2017???

Pelosi is also a Chronic Alcoholic and has her garbled speech days too – as well as her falling down days like Biden does. Her Drinking Buddy and strategist Rep Kirkpatrick bailed on the 2019 impeachment as unwinnable and booked herself into De-tox. So who is Pelosi’s strategic drinking buddy now – Biden?

Amtrak Joe who until becoming VP with Obama was famous for being “gassed” on his Amtrak rides to and from Washington, seriously displays the behavior of a chronic alcoholic

Because they are following a communist doctrin.

Most Americans that I have spoken with want Biden and Company hanged and buried. I vote for that.

See how far we’ve come? Henry VIII would have them drawn and quartered ALIVE as traitors, then hung and perhaps buried, if the crows don’t get them first.

[…] There you can find 97530 more Information to that Topic: thehollywoodconservative.us/articles/racist-biden-policy-suffers-defeat-in-court/ […]