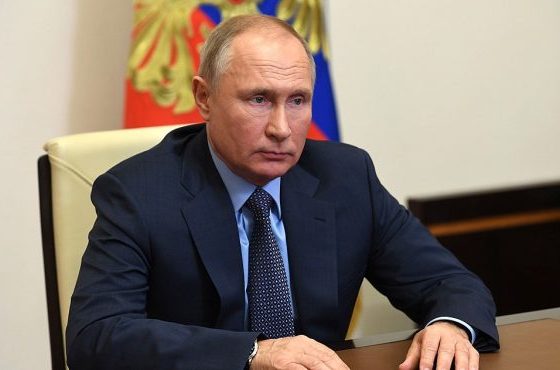 e Biden calling him a“war criminal.” The Russian leader jabbed back at Biden, mocking him for his “irritability, fatigue and forgetfulness.”

Top Russian presidential spokesman Dmitry Peskov said Russia sees and hears the statement that Biden made, and considers it a “personal insult” to Putin, but won’t take the accusation seriously, according to Russia media outlet TASS.

“Bearing in mind Mr. Biden’s irritability, fatigue and forgetfulness, which eventually results in aggressive statements, we will possibly prefer to refrain from making any strong comments so as not to trigger more aggression,” Peskov continued.

He then said Putin was a “murderous dictator, a pure thug who is waging an immoral war against the people of Ukraine,” while speaking at the Friends of Ireland Luncheon on St. Patrick’s Day at Capitol Hill on Thursday.

Biden’s handlers have amplified his persona as “ a self obsessed autocratic leader” who parallels Putin. Thankfully on a smaller scale to work within his limited cognitive abilities and his lifelong political weaknesses! The only thing President Biden has a right to take complete credit for is the creation of this little Frankenstein in the Kremlin!