No matter how hard she tries nobody is believing Nancy Pelosi’s farce that her Jan. 6 committee is actually credible. Even pro-impeachment Republican Sen. Susan Collins revealed she doesn’t have faith in the credibility of Pelosi’s “partisan committee.”

Tapper asked if Collins “do you have faith in” what he referred to as “this bipartisan committee,” stressing that Reps. Liz Cheney (R-WY) and Adam Kinzinger (R-IL) were on the committee. When Tapper tried to push back against her referring to the committee as “Speaker Pelosi’s partisan committee that she has set up” Collins explained her reasoning:

S. COLLINS: I respect both of them, but I do not think it was right for the speaker to decide which Republicans should be on the committee.

Normally, if you have a select committee, the minority leader and the speaker get to pick the members.

TAPPER: Yes, I mean, just a — the reason she did that is because at least two of the members McCarthy picked to be on the committee are election liars, one of whom, Jim Jordan, is possibly even a material witness. He spoke with Trump that day.

Republicans have been fierce critics of Pelosi’s committee accusing her of simply trying to push a political witch hunt against Donald Trump.

Susan is like a broken clock—right twice a day, usually when it dose not count.

When your own Democrats start “questioning” your actions, it’s time you throw in the towel and resign your post! But Pelosi has become so set in her ways that it would take a Hurricane 5 to budge her loose from the podium!

Unfortunately for Pelosi she has made many new enemies in the political arena as well in the American general public. Does she not feel the animosity that is directed at her?

Guess it will take someone to grab her by the arm and drag her away kicking and screaming before she will vacate the Speakership…OR perhaps a diagnosis of insanity or Pernicious Personality Disorder by a Professional Psychiatrist to finally kick her skinny old butt out of the House of Reps!

Personally, I would love to see the Military Police personally escort Pelosi screaming and kicking out of the House of Reps and out of D.C. Time will tell!

Wonder what made her change her tune?

Those who “testified” were nothing more than a bunch of hall monitors posing as “police,” who had probably had to audition for the roles they played, to ensure they could stay on script and cry on cue! What a pathetic bunch of drama queens they were! Can you imagine any one of them as a street cop coming to your rescue if someone is trying to mug or hijack you, etc.? No thanks!! 🙁

All Democrat Trump haters on a committee to investigate something they know nothing about This is a set-up. They already think he is guilty, just saying it is a formality. The Capitol Police started the riot going by blasting the crowd wi smoke bombs. They were peaceful before that, on video.

This is as slanted And tainted as the election. This is how they roll.

The media knows the American people think they are untrustworthy. Yet there is no mention of this charade. Two anti Trump Republicans.
It will take conservatives buying up media outlets to change this. They just won’t report …. honestly.

F–k you Tapper! Jordan is not an ”election liar”! 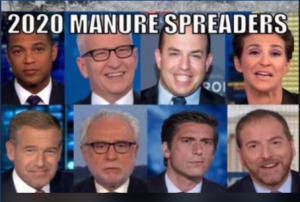 tjhe only liar is collins, she should be voted out right away. Jordan is not a liar and respecting chevy and Kinzinger, well of course you do because they are as crooked as you are. I hope that you state has you investigated, takes tyou to court after impeachment, then you get your just reward, at least jail and you wealth confiscated becaause you got your wealth illegally. You are a disgrace to America but I guess you had better say something against pelosi shame investigation, oh just like the investigation into trump and russia (how much did you as.holes give your buddies to make up lies in that one. I understand you have to pay back people fopr the monies that gave you illegally but to use the tax payers money. Me personally, I hope you hang.

It would be useful — but undoubtedly unlikely — that Kamala Harris would take a look at her self from the perspective of others! It might show her how unpalatable she actually is!

Russia, Russia, Russia, as the pillooser defecates on our Constitution and Bill of Rights The communist democrat cult party only looks at people fighting for FREEDOM!

Jim Jorden a partisan liar???!!! Put that to a poll. The only liars of which we have proof are DemoRats. because of their deceitful and conniving ways they simply cannot tell the truth, lest they expose themselves as pathological criminals!

Pelosi has to run everything, all she understands is power and makes those who want to do right afraid.

A person would have to be a minus 10 in the IQ department to believe anything Pelosi does is not corrupt. This commission is just another attempt to destroy Trump and GOP before the 22 and 24 election. Pelosi should be impeached. She is not a Speaker. She is a political assassin!