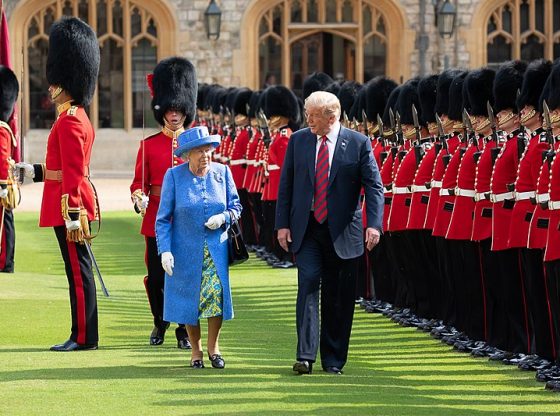 On Thursday, Queen Elizabeth II, the longest-reigning monarch of Britain and the longest-ruling female monarch in history, passed away in Scotland. King Charles and Queen Consort Camilla are the heirs apparent to the throne.

Melania and I are deeply saddened to learn of the loss of Her Majesty Queen Elizabeth II.  Together with our family and fellow Americans, we send our sincere condolences to the Royal Family and the people of the United Kingdom during this time of great sorrow and grief.

Queen Elizabeth’s historic and remarkable reign left a tremendous legacy of peace and prosperity for Great Britain.  Her leadership and enduring diplomacy secured and advanced alliances with the United States and countries around the world.  However, she will always be remembered for her faithfulness to her country and her unwavering devotion to her fellow countrymen and women.

Melania and I will always cherish our time together with the Queen, and never forget Her Majesty’s generous friendship, great wisdom, and wonderful sense of humor.  What a grand and beautiful lady she was—there was nobody like her!

Our thoughts and prayers will remain with the great people of the United Kingdom as you honor her most meaningful life and exceptional service to the people.

May God bless the Queen, may she reign forever in our hearts, and may God hold her and Prince Philip in abiding care.

Queen Elizabeth II took the throne on Feb. 6, 1952, when she was just 25, after the passing of King George VI.

She was a grand Monarch and a class act. Her Heir will also be a Monarch, but whether likewise remains to be seen. Like some other commentators I believe that her passing marks the end of an Empire where the sun never sets.