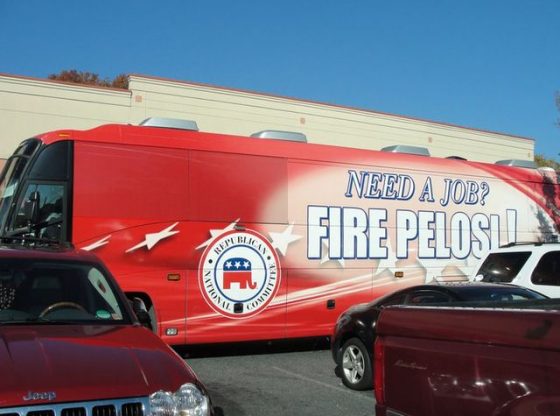 Lawler received 49 percent of the vote compared to Maloney’s 45 percent. With 400 likely voter respondents, the poll was conducted September 6-8 and has a margin of error of 4.5 percent.

The poll was taken less than two months before Election Day, offering hope to Republicans who believe it is possible to flip the Empire State’s Seventeen Congressional District, which “lean[s] Democrat,” according to Cook Political Report.

Responding to the poll, Lawler told the Post, “I will fight to cut taxes and spending to tackle inflation and end cashless bail to restore safety in our communities… That’s what this election is about and the poll numbers bear it out.”

Republicans across the county are aiming to take back the House by netting enough seats to obtain the majority.

Lawler added, “On Nov. 8, we will defeat Nancy Pelosi’s campaign manager and serve as a check on the Biden administration.”

Of course Pelosi has voting machines steered by the Chinks AND Biden’s Fabulous Fraud Machine on her side. Never underestimate the Biden Crime Syndicate.

since that poll has been published, we wouldn’t be surprised if they threw Millions at the Democrat to help him win! We are rooting for the Republican in this race because every single race matters!