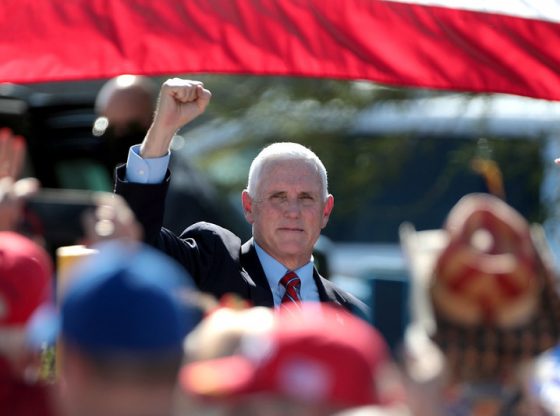 Vice-President Mike Pence has now endorsed a challenger to a GOP congressional candidate who has already been endorsed by former President Trump, in what many see as a possible prelude to a 2024 primary clash between the two men.

Karrin Taylor Robson said she was “honored” to have Pence’s backing in a series of posts on her Twitter account.

​”He has been a warrior for the sanctity of Life; limited government; law & order; opportunity for all; & the knowledge that our freedoms are granted by God. I’m proud to have him on my team​,” Robson said.

Robson, who is vying for the nomination against Trump-backed Kari Lake, also shared a statement from Pence on the social media site.​​

Pence is expected to headline a rally with Robson this Friday.

Pence is a turncoat, a coward and a traitor.

Pence has RINO written all over him.

Pence is the only one who could have prevented this abortion of an administration, but did nothing. Went against his orders from his boss, the President. Now we are all living with his decision. Pence is to blame for all of this for not even trying to stop the steal….

Pence exposed himself as a real JUDAS when He refused to back President Trump when he should have as Vice Presidents are supposed to do in the SENATE. Since that evil INACTION I have considered Pence to be naught but a tools for the Marxists led Democrats. All Internationalists before being AMERICANS.

F%&K Pence and the Jackasses he rides with.

In the bitter aftermath of JAN 6th I lost all respect for Mike Pence: on-the-fence Pence. And I know lots of folks who share my distaste for him. I suppose he refused to stand up for his boss to jump-start his own political career: but most likely he sabotaged it.

Pence is a nobody, without Mr. Trump no one would know who he is

Let Pence run for POTUS. Both Trump and DeSantis would crush him.