Pelosi Flees After Being Pressed on Husband’s Stock Trades 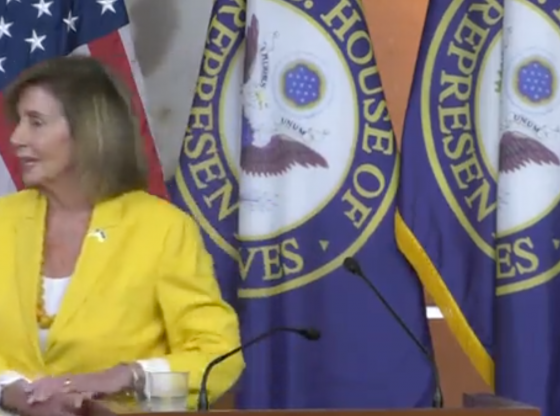 U.S. House Speaker Nancy Pelosi fled her weekly press conference Thursday after being pressed on her husband, Paul’s, stock trades alleged to be based on info from the House Speaker.

“No, absolutely not,” Pelosi said in response to a reporter who asked if her “husband ever made a stock purchase or sale based on information received from you.”

The speaker’s comments come on the heels of the Daily Caller News Foundation first reporting on a financial disclosure showing Paul Pelosi purchased up to $5 million worth in stock of a computer chips company before a vote on legislation that would hand billions to semiconductor manufacturers.

He bought 20,000 shares of Nvidia, which is one of the world’s largest semiconductor companies that designs and manufactures graphics processors and other technologies, on June 17. Senators voted Tuesday to advance the bipartisan competition legislation allocating $52 billion for domestic semiconductor manufacturing and a final vote will reportedly occur this or next week.

Pelosi indicated she will support the legislation Wednesday, noting she is “optimistic” that her chamber will “take this bill up as early as next week.”

NEW – Pelosi says "no, absolutely not" and leaves when asked if her husband ever made stock trades based on information received from her.pic.twitter.com/ay04qa0zl5

I’m betting that the Pelosi household is verrrry quiet at mealtime…..LOL!!

She and her husband should be sent to prison.

She had to R-U-N-N O-F-T … to powder her nose and refill her embalming fluid.