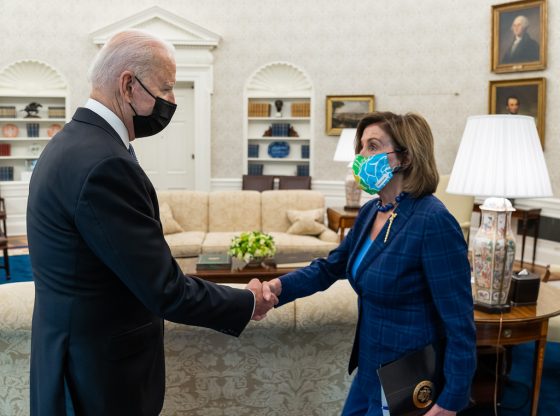 House Speaker Nancy Pelosi (D-CA) attacked the Joe Biden White House, claiming Biden staffers leaked her Taiwan trip details to the press in a bid to upend the delegation of lawmakers who joined her.

Pelosi and five other House Democrats visited the beleaguered island nation on Aug. 2 as part of a delegation to five East Asian countries. The White House expressed concern about the trip, with President Joe Biden claiming that the military opposed it. Pelosi did not formally announce that she would visit Taiwan before the delegation, leading to speculation that the White House leaked details to dissuade her from going.

“Any attack on me personally is not associated with the President but with some smaller anonymous voices within the administration who endangered the security of our visit by leaking the trip even before it was determined that we would indeed visit Taiwan. These small anonymous voices cannot be allowed to indicate any division between the White House and the Congress on Taiwan,” she said in a statement to The Washington Post, which reported the story Saturday.

Administration officials denied Pelosi’s allegation to The Washington Post. The White House did not immediately respond to the Daily Caller’s request for comment on whether or not it would investigate the source of the leak.

Lawmakers from both parties offered extensive praise of Pelosi’s visit. She was the highest-ranking government official to visit Taiwan since former Republican House Speaker Newt Gingrich led a delegation in 1997.

NEW: Pelosi slams Biden admin for endangering her security with leaks about Taiwan trip. "smaller anonymous voices within the administration who endangered the security of our visit…" https://t.co/d0tYqzYAp7