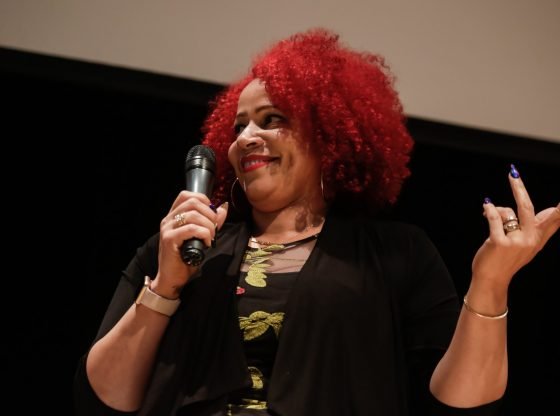 The far-left New York Times writer and activist Nichole Hannah-Jones went after Al Sharpton on Wednesday after he dared to discuss the shocking high rate of shoplifting in New York City.

The creator of the controversial 1619 Project took to Twitter to criticize MSNBC spending air time discussing the shoplifter who was captured on video stealing steaks from a New York City Trader Joe’s.

“This drumbeat for continued mass incarceration is really horrific to watch. A person stealing steak is not national news, and there have always been thefts from stores. This is how you legitimize the carceral state,” Hannah-Jones wrote in response to a tweet from Sharpton, which included a video clip of the Wednesday “Morning Joe” segment.

This drumbeat for continued mass incarceration is really horrific to watch. A person stealing steak is not national news, and there have always been thefts from stores. This is how you legitimize the carceral state.

MSNBC host Joe Scarborough, noting New York City Mayor Eric Adams, D., was elected in part on a law-and-order message, appeared “surrounded by elected officials who want New York to remain chaotic.” Sharpton said he shared concerns of overloading jails with petty criminals, but he added there couldn’t be a “culture where people are just at random robbing and stealing.”

Hannah-Jones’ response to Sharpton appeared out-of-touch with what Americans living in cities have been increasingly experiencing as crime rates have continued to rise and theft has become a progressively worse issue, especially for business owners. The crime wave has the added effect of generating hiked prices for law-abiding citizens to make up for the stolen goods.

Jones is the author of the ‘1619 project’ which states that America was founded as an intrinsically racist country.

Inflation Surges in January, Hits 40-Year High
Rules For Thee, Not For Me: Oscars Edition