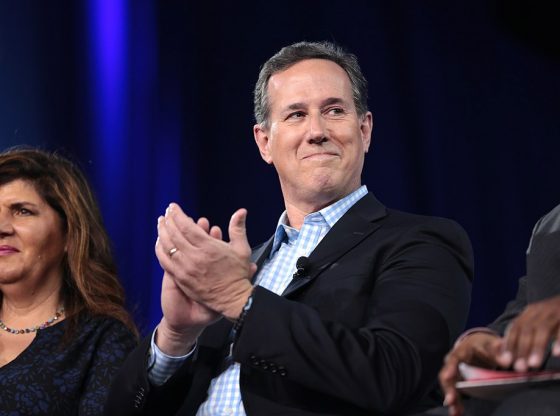 Newsmax announced Tuesday that former Sen. @RickSantorum, R-Pa., will join the network as its senior political analyst and debut with its special election coverage, starting at 7 p.m. ET hosted by anchors @SchmittNYC and @HeatherChilders. https://t.co/f18FSf4uBr

“Rick Santorum is one of the most articulate and candid political analysts in media today, and we are honored to have him leading Newsmax’s team of commentators Tuesday and beyond,” Newsmax CEO Chris Ruddy said.

Santroum served two terms as a Republican Senator from Pennsylvania before joining the political media landscape as an analyst and contributor.

“In just a short time, Newsmax has exponentially grown its viewership, establishing itself as a leading, unfiltered news source for hard working Americans who are looking for reporting and commentary that speaks to their traditional American values,” Santorum said. “I am looking forward to bringing my common-sense, blue-collar conservative voice to Newsmax and their viewers as we turn toward the critical 2022 midterm elections and beyond.”

Santorum was fired from CNN after he made what the network deemed offensive comments about Native Americans during a Young Americans Foundation event in May.

I am not a fan of Rick Santorum . Had he not gone to CNN I may have had different views of him. Hope you didnt make a mistake hiring him and taking a chance of losing the viewers that you gained when fox screwed Trump in the election. We have long memories.