MSNBC Claims it Has Trump ‘Dead to Rights’

While appearing on MSNBC’s Deadline, legal analyst Neal Katyal claimed that the photo released of classified materials on the floor of an office in Mar-a-Lago taken during the FBI raid showed President Donald Trump was hiding documents and that he was guilty “dead to rights.”

Katyal said, “To sum up the filing, I think they have Trump dead to rights. The Department of Justice, in its filing yesterday, basically said first, Trump stole the documents. Second, he lied about stealing them. And third, he’s now inventing excuses as to why he stole them.”

He continued, “If this had been a normal client and a normal set of lawyers, we would be talking about a plea agreement right now. It’s clear why Trump attacked the integrity of the FBI right away after the search warrant. It’s because the FBI found the goods. The evidence is incredibly damning. There’s no defense, really, for what he did. We know that because Trump is like on social media all the time, he’s addicted to it, and yet he’s still not able to provide any sort of explanation for what in the world he’s doing with those documents.”

Katyal added, “The grand jury subpoena which Trump got, and it says on there that they’re asking for not classified documents, but anything marked as classified and despite that, and despite Trump getting extension after extension to comply with the grand jury subpoena, he didn’t turn over the documents. That’s why that extraordinary picture you just showed is so important. The classification stuff, we’ve talked about this before, is besides the point in a lot of different ways like the Espionage Act and the like, but here you have a clear, simple, easy charge. The grand jury asked for a statement, and you didn’t provide, and the lawyer, in a sworn statement, said I provided all of the information. You didn’t.” 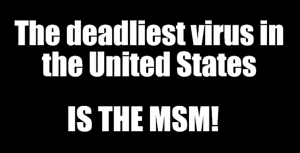