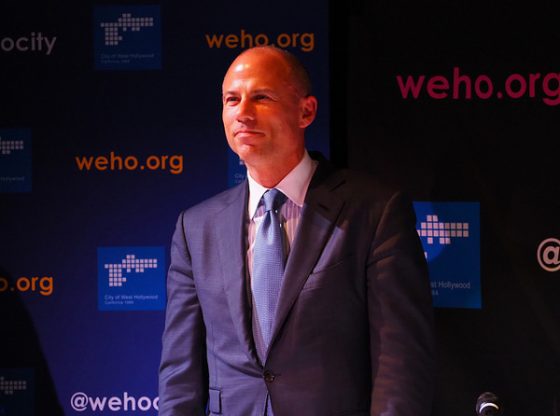 Avenatti was accused of pocketing nearly $300,000 from adult Daniels’ $800,000 advance for her autobiography, “Full Disclosure,” in 2018. Prosecutors accused him of using fake documents to make it appear as though Daniels approved of her book proceeds going into a bank account controlled by him.

Avenatti, who represented himself during the trial, told jurors during closing arguments on Wednesday that he and his firm had spent millions of dollars “to the benefit of Ms. Daniels” and that he had a “good faith belief” that he was entitled to a “reasonable percentage” of proceeds after being “instrumental” in securing and finalizing her book deal.

“I was her advocate, I was her champion. I put everything on the line. I wanted to help her,” Avenatti said. “According to the government, Michael Avenatti could never have believed that he had the right to be paid. That is ludicrous, and it is not supported by the evidence.”

However, Assistant U.S. Attorney Robert Sobelman argued that Avenatti “got tangled in his own web of lies,” pointing the jury to a “mountain of evidence,” including text messages and bank statements.

“The defendant was a lawyer who stole from his own client. She thought that he was her own advocate, but he betrayed her, and he told lies to try to cover it all up,” Sobelman said. “The defendant’s lies and betrayal were exposed.”

In 2018, Daniels and Avenatti worked together as he represented her in lawsuits against former President Donald Trump. She hired him to speak publicly about claims of a tryst with Trump, despite being paid $130,000 shortly before the 2016 presidential election to remain silent.

Avenatti faces a maximum penalty of 20 years in prison for the wire fraud charge, while the aggravated identity theft charge carries a mandatory term of imprisonment of two years.

Remember when the goofy liberals put this guy up on a pillar as their next political superstar? OH Wait, come to think of it, he does have the crooked and criminal qualifications to be a demonrat. He will fit right in on capital hill. I’m sure he is making plans to run right now.

He is more honest than the Biden clan and their peers. Maybe they should run him for president? He’ll be out of prison in time for 2024.