“Twitter and the Silicon Valley Cartel have declared war on Republicans,” the Georgia representative wrote to Instagram. “We can make Twitter powerless when we all decide to leave.”

During an interview with Fox News’ Tucker Carlson, Greene reiterated the same, emphasizing that Republicans are treated unfairly on Twitter, noting of the company’s inconsistently applied guidelines.

“We don’t have control right now, so Congress, and Republicans in Congress, can do nothing for the American people who have been silenced,” Greene told Carlson. “But when a private company, that is not elected by anyone in this country, declares war on a sitting member of Congress and a sitting president, who happen to both be from the Republican Party, it’s up to our leadership and it’s up to our conference to do something about it.”

“I’m encouraging my entire conference, as a matter of fact I’m asking all of them to leave Twitter,” the representative announced, “Because Twitter has declared war on our party. And what are we going to do, just sit there and go, oh, we’re gonna wait until we get the majority back, and then we’re gonna have investigations, and then when we get full control, are we gonna pass laws to stop this? Nothing was done in the past; nothing was done now.”

Twitter claimed that Greene’s suspension was due to her spreading alleged ‘misinformation.’

Don’t worry I got a lifetime ban from Twitter a long time ago for telling the TRUTH on their site!

Just like the Holocaust being denied by more and more groups. Social media will provide their own truth (or lies). Today is January 6th. Can’t wait what the lying media has in store for us today.

Got tired of all the Jan 6 BS by 7 am CST this morning.

Never go on Facebook since last year, they are pathetic, but we have too many people in this Country, that have been indoctrinated by the leftists educators. GOD HELP US.

Best thing that ever happened to me!

Good luck with that. I was never on twitter but read so much about that platform. None of it good. I can’t imagine anyone just leaving it, they are addicted to it. Same as some are addicted to Fbook, they just can’t seem to get by without it which is not good.

Communist control Hollywood as well as these “feckless” online platforms that are editorial faschists.

If all TRUE AMERICANS leave Twitter, FB and IG, they’d be out of business. WE HAVE THE POWER IN OUR UNITED NUMBERS. SAME GOES FOR ALL AMERICA HATERS, AMAZON, APPLE, MSM. CRUSH THEM ALL. ONLY SHOP PATRIOTIC

Shame on you, writers at Marine Corps Times for your WOKE garbage! NO OFFICER DIED as a result of the riot. That BS has been repeatedly refuted. Ashli Babbitt was assassinated, watch the setup! 2 Capitol Police Officers were standing right there almost beside her. FYI there was a setup to cover for the real Bolshevik coup it was NOT JUST election fraud. We are so screwed with the corruption of the medical pharmacy system and doctors bought or brought in by hook or crook due to the money, professional pressure that blocks even getting HQC I was forced to obtain it from European sources, which cured me when I had the Wuhan Bioweapon infection!
Because Islam is the religion of the NWO is the reason Omar’s Project ‘islamophobia’ was passed. If you want to know WHY Islam attacks on September 11, or George H. Bush NWO speech was 9/11, 1990 or Twin Towers was September 11. O’Biden promised the USA out of Afghanistan by Sept. 11. It is why Obama had the money-laundering operation to fund Hamas. Donald Trump said a totally true statement about the Deep State Cabal, but he did not nor does he know how deep the Deep State is! It is not just the treason of the money laundering operation of non-traceable gold bullion and Swiss francs to Iran by black ops so they can fund terrorism and purchase a nuclear bomb from North Korea, is not just the infiltration of the CIA, FBI, CIA with the Muslim Brotherhood, Milley made sure the enemy has our best night vision, our encrypted Com. 40 Drones with hellfire missiles but the ‘biggest’ threat is white people protesting the fraudulent takeover of America!
Notice there is NO Special protection or section in the Department of Just US for Christians! Only contempt for western culture & hate for whites that are not sorry for being Americans. The House passed legislation on Tuesday to create a special office within the State Department to combat Islamophobia globally as Democratic leaders sought to find a way to unify their party against anti-Muslim hatred while stopping short of progressives’ calls to remove Rep. Lauren Boebert (R-Colo.) from committees for her attacks on Rep. Ilhan Omar (D-Minn.).
Lawmakers passed the bill along party lines, 219-212. Awan’s Blackmail of the DNC Congress. In March, Comey and McCabe Blocked the Arrest of Imran Awan’s Wife, page 1
Alvi Awan was suspected of helping swindle $283,000 from banks and was busted carrying over $12,400 in undocumented cash when the FBI caught up with her at Dulles International Airport in March.
But incredibly Awan — the wife of Imran Awan, the IT specialist and con man employed by Democratic Rep. Debbie Wasserman Schultz, who was arrested last week for bank fraud — was never detained or forced to stay in the United States. Her arrest in fact was blocked by then-FBI Director James Comey and then-Deputy Director Andrew McCabe, FBI sources said.
So federal agents and Capitol Police watched as the former Democratic congressional aide and suspected bank fraudster stepped onto Qatar Airlines Flight 708 to Doha, Qatar, on her way to Lahore, Pakistan with her three daughters, bulging luggage, and $12,400 in undocumented cash — a federal crime in itself. Awan had essentially been given a license to disappear from the clutches of US law enforcement, never likely to return to the United States. She was in the wind, courtesy of the FBI.
I imagine many of you would be shocked to hear that the Assistant Attorney for the District of Columbia Steven Wasserman is actually Debbie Wasserman Shultz’s brother.
Now I want you to wrap your mind around this evil connection, remember the 2005 recording of Donald J. Trump talking man’s talk just BS about sexy women and think who did the recording and kept it for 11 years so it could be used to attack candidate Trump to make sure an outsider did not get into exposing the DEEP STATE’s plans an operation of the NWO Bolsheviks. Just guess who that A–hole is? It was no other than Billy Bush. Born William Hall Bush, he is the son of Josephine and Jonathan Bush. His father is the younger brother of the 41st President of the United States George H. W. Bush, making Billy the nephew of George H. W. Bush and cousin of the 43rd President of the United States George W. Bush. You morons keep voting for DNC / RINOs you will not have a country! Nor you’re freedom! And in England the Labor Party that is supporting the EU!
“This was a call from the top, Comey and McCabe,” a well-placed FBI agent said. “Anyone else would have been held and with that cash, she didn’t declare she could have been locked up. The agents at Dulles wanted to hold her but they were told to stand down.” She delivered the Blackmail intel on the DNC Congress to the Pakistan ISI aka the Taliban’s partners the takeover of Afghanistan and Gen. Milley’s & Beijing O’Biden’s repayment to the CCP for the bribes he & his stooge son, Hunter received for treason.
We have 15 Military bases where disarmed soldiers on those bases in striking distance of the US Border; think Ft Hood, where, he fatally shot 13 people and injured more than 30 others. It was the deadliest mass shooting on an American military base.
Now Beijing O’Biden brought in 1000’s Jihadists, sent by Taliban & allowed on to US bases, on parole status DOING recon, for the perfect day. Think Assad times a 100 Jihadists like major Assad.
Now Progressives have introduced a measure to kick Boebert off committees for her “Islamophobic” comments last month suggesting that Omar, one of the first Muslim women elected to Congress, could be a terrorist. Understanding what is behind this issue, it is not about “separation “of Church & State”. The DNC/CCP armed the Taliban for the Caliphate to attack the Western Civilization. Shame on you writers for the Marine Corps Times. ‘Semper Fi’, Always faithful, right? 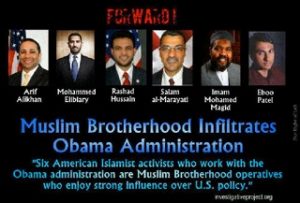 Never joined Twitter and have no plans to ever do so. It’s just a leftist propaganda site.

Yes everyone should get off Twitter or FB what’s is a good reason to be on there, there is none.

Twitter is another creeping tentacle of impending totalitarianism. Twitter is a sh*tter in my book. Expletive deleted.

Yup it’s “high-time” for alt-social-media…twatter is for libturded, twits & twats…

Don’t know how you raised your kids. But when mine lied there were consequences.

I was banned from “twitter” because they said my response promoted violence, yet they wouldn’t show me the “tweet” it self. Im a 78 year old woman, and I only post my opinions, and the fact that they can do this, in un-American and pathetic. These “morons” need to get a HUGE WAKE UP CALL. I tried to appeal their crap, but no way. Miss Greene, you & the gutless cowards in the REPUBLICAN PARTY better start to WAKE THE HELL UP, or we are DOOMED to become the next VENEZUELA.

I was suspended 7 months ago, they claimed my post suggested violence, but wouldn’t provide me with what the “tweet” actually said??..

Did a long time ago

Never went on Twitter. I thought it was for the younger crowd or morons.