Marine Under Investigation For Appearing at Trump Rally 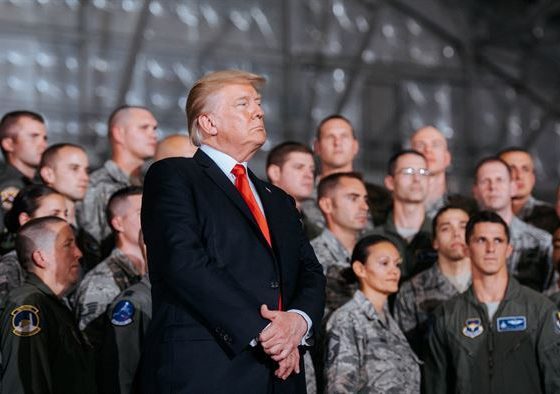 A Marine that helped protect Hamid Karzai International Airport during President Biden’s chaotic withdrawal from Afghanistan is under investigation for attending a Trump rally in Georgia. Capt. Kelton J Cochran, a spokesman for the 24th Marine Expeditionary Unit (MEU), is accused of violating DoD rules by attending the event.

“The 24th Marine Expeditionary Unit (MEU) has initiated a command investigation regarding LCpl Hunter Clark’s attendance at the event last weekend to determine if any DoD policies were violated,” Cochran said. “Any details pertaining to this incident are not releasable while the investigation is being conducted.”

According to Task & Purpose, the spokesman “did not specify what policies that Clark may have violated, but the Defense Department does not allow active-duty troops to ‘speak before a partisan political gathering, including any gathering that promotes a partisan political party, candidate, or cause.’”

Trump introduced Clark at the event as “one of the Marines who bravely served in Kabul during the withdrawal and helped evacuate children over the airport and over the airport wall.” The former president also reportedly reserved “13 empty seats of honor” for the 13 U.S. troops killed on August 26.

Task & Purpose noted that the rally was a “political event” but added that “Clark was not in uniform when he appeared with Trump. Nor did he campaign for a political candidate or suggest that service members follow a political party.”

The report says that Trump invited Clark onstage as a show of support for the military, not as a political statement or endorsement.

They’ll probably try to courtmartial him, for being the enemy, for being at a rally,the new radical wokers, the new white rage,delusional,benedictarnold,milley,the traitor,who sold us out to china, and undercut a duly elected president.He needs to resign,or be removed for total incompetency.

[…] Info on that Topic: thehollywoodconservative.us/articles/marine-under-investigation-for-appearing-at-trump-rally/ […]

[…] Read More to that Topic: thehollywoodconservative.us/articles/marine-under-investigation-for-appearing-at-trump-rally/ […]

[…] There you can find 58443 more Info on that Topic: thehollywoodconservative.us/articles/marine-under-investigation-for-appearing-at-trump-rally/ […]