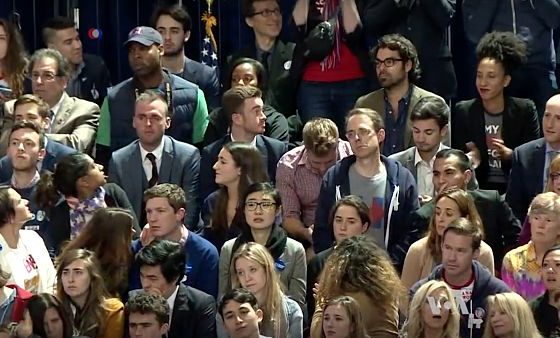 The left has lost their minds. Now, Virginia Democrats say that holding a school board election is an attempt to “subvert democracy.”

On Thursday, the Democrat-controlled Virginia Senate blocked an amendment from Governor Glenn Youngkin that would force the Loudoun County School Board to stand for re-election this year.

The governor proposed moving the election up one year to coincide with congressional elections and therefore bring in a larger voter turnout. School board elections have been held in odd-numbered years and have reported a small turnout.

Democrats said Youngkin was trying to thwart democracy, since voters elected board members to four-year terms in 2019. Loudoun Board of Supervisors member Juli Briskman on Twitter called the block of the amendment “Excellent News!! Thank you for stopping this attempt to subvert democracy!!”

But Republican Delegate Chris Head said in a floor speech, “Members on the other side, Mr. Speaker, are saying this is an attack on democracy. How is holding an election an attack on democracy? If the people of Loudoun like this board and its actions, then I have absolutely no doubt that they will return all of them to a four-year term.”

“This school board is using the powers delegated to them by this legislature and they’re misusing them terribly… The fix is to allow the people of Loudoun County to express their views at the ballot box just as soon as possible,” he said.

Executive director of the parents group Fight For Schools, Ian Prior says parents have information now they didn’t have in 2019.

“The members of the Loudoun County School Board did not run for office in 2019 on a platform of violating open meetings law, Title IX, and the constitutional rights of students, parents, and teachers, nor did they campaign on covering up a sexual assault and being investigated by a special grand jury,” Prior stated

Democrat lawmakers in Virginia say if residents are unhappy with the school board, the proper recourse is the recall process. However, Democrat school board members also object to that move and Democrat prosecutors have refused to facilitate it.

Sen. Murkowski Admits She May Lose to Challenger
Biden: Children Belong To Teachers, Not Parents

I thought Democrats were all about increasing voter turnout, but perhaps not when it threatens their power, rather than increasing it. Maybe it’s about more of which voters can be turned out.

Let them assemble, DUMP PIG SHIT ON THEM.

‘Democracy is MOB RULE where two wolves and a sheep decide who’s for dinner.’ And for the DemonCrats a RACIST is defined as ‘anyone who disagrees with ME and will not submit to MOB RULE.’