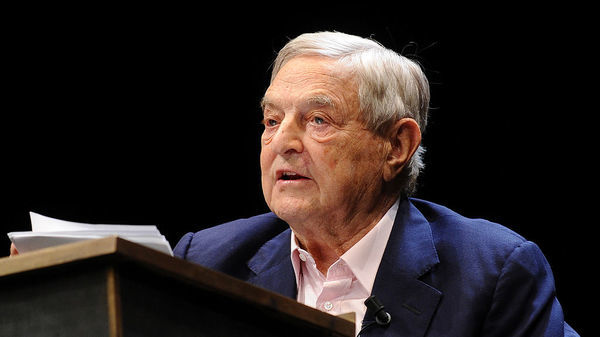 Liberal billionaires George Soros and Reid Hoffman are reportedly bankrolling a new media firm to fight “disinformation.” According to a report by Axios, Good Information Inc. launches on Tuesday and will be led by former Democratic strategist Tara McGowan.

“Good Information Inc. aims to fund and scale businesses that cut through echo chambers with fact-based information. As part of its mission, it plans to invest in local news companies,” Axios reported.

“We are disclosing our investors, because we believe — especially right now in this environment of mistrust — that transparency is really important,” McGowan told Axios, noting that investors Ken and Jen Duda and Incite Ventures are also involved in the project.

McGowan claimed the group could potentially invest in “entities across the political spectrum,” but history suggests it will refrain from helping conservatives as Hoffman and Soros are strong backers of liberal causes.

Hoffman, the co-founder of LinkedIn, is one of Silicon Valley’s top donors to the Democratic campaigns and PACs. He has donated millions to Democratic groups, though his money also pours into non-traditional groups that aren’t mandated to report their funding and often operate in the shadows. He was forced to issue an apology in 2018 for funding a group that falsely tried to give an impression the Russian government was supporting Alabama Republican Roy Moore in a 2017 special Senate election.

Yeah, like anything sorryass soros is connected to would be anything good for the people of the U.S.🤬🤬🤬🤬

Hell no, he hates the US and vows to take her down. That old bastard has to stop breathing soon I hope, then he can see if there is a god or not can’t he ? But me, I pray he wakes up in hell and comes face to face with the devil himself !!!!!!!

When nature finally takes globalist puppet $oro$ then the world needs to deal with his 2 evil sons .

Amen. I agree with your opinion of Soros.

FK George Soros and FK his buddy Hoffman as well !!!!!

globalists and their puppet $oro$ hates every country and have destroyed many countries already, the USA is next .

And this is new, how? He has been bankrolling misinformation for years and this “new” venture is the same old tapioca with a different name.

So the demo(n)©rats & [email protected]$$ are going to do “what”❓Most of the misinformation was created by the fake-news media, which was ‘campaigning’ for the demo(n)©rats to get rid of Trump, under the guise of a ‘free-press & journalism’…or, is this just more fake-news to counter what Trump is doing❓😆

Well another fox to guard the hen house. Adolf Hitler heads the HR dept. Hungary would love a shot at old Soros the soreass.

vladimir
Reply to  A S K

Soros should be stripped of his US citizenship and deported back to Romania.

So disinformation is any factual information that goes against a radical agenda.

The Satanic Master of DISinformation declares war on disinformation? That’s a good one. That’s rich. And it demonstrates the seductive power of Satan, the Father of Lies. America, WAKE UP!

Soros and pals shouod all be hung for sedtion or interfering in the US government. Soros is not new to this an has done this in many countries. Soros learned his trade from the nazis, of whom he loved. Now as far as starting a new media firm to fight “disinformation.” Is a joke. Ok let’s define disinformation. For Soros and pals, disinformattion is anything that goes against their agenda. In truth disinformation is soros as he is full off lies and only puts out what he wants people top believe. Hence the kids getting free “pre-school” in Bidden billions dollars package to fund this pre=school. Need to start brainwashing kids from the beginning. Once you take away freedom of thought then you own the world.
Soros and pals need to be taken out of the gene pool and his wealth actually given to people that are trying not bombs who think everything should be given to them….. But in fairness Soros and pals will through everyone away once their usefulness has gone. That includes these bought off politicians. Now them I don’t care about as they deserve any bad treatment they get but these kids that have been indoctrinated to just follow what will their lives be?

Some are preparing for war—getting in shape And how do we protect. OUR MONEY? Illegal aliens get $450,000! I’m proposing ceceding from this gov ! Are you with me? Starting with me As 1 Add your numbers

[…] Information on that Topic: thehollywoodconservative.us/articles/left-wing-billionaires-george-soros-reid-hoffman-funding-new-media-firm-to-fight-disinformation/ […]