Lauren Boebert Prepares to Put Leftist Liars in Their Place 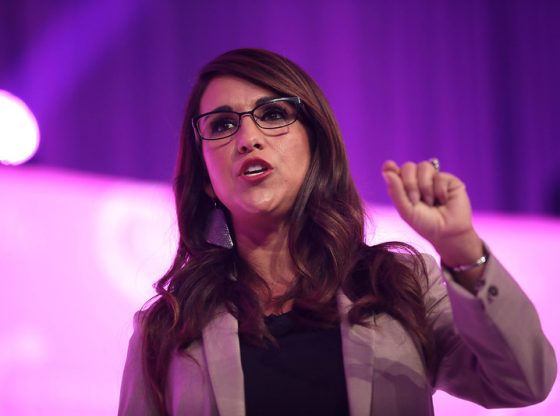 Firecracker Congresswoman Lauren Boebert is ready to bite back against sinister defamation claims. The same group that went after Madison Cawthorne barked up the wrong tree this time.

The group, American Muckrakers PAC accused Congresswoman Boebert of prostitution and multiple abortions. The young congresswoman infamously dropped out of high school in her senior year to raise her first child. She’s a self-starter and a business owner. She and her husband founded the restaurant “Shooter’s Grill” in Rifle, Colorado in 2013. Boebert has long been an opponent of abortion and federal funding of Planned Parenthood.

The left wing PAC (that also goes by “Fire Boebert”) posted photos that were identifiably not Lauren Boebert on a website by the name of “SugarDaddyMeet.com.” They also alleged that she abandoned her sister-in-law in a serious ATV wreck in Moab with life-threatening injuries. They accuse her of refusing to pay workers, threatening her employees, stealing tax money from constituents, and even more. You can read the rest for yourself here if you feel so inclined.

Lauren Boebert was a paid escort for Koch, possibly hooked up with Ted Cruz, and had two abortions?? I take it she doesn’t use condoms. Who is leaking all the dirt on Boebert? What did she do to piss off the GOP? pic.twitter.com/iLhtUkr7xK

She and her lawyer announced that they are going to drag Muckrakers to court and take them for all their worth. They should have thought twice before (if what Boebert says is true) making verifiably false claims to threaten her career and intimidate her into submission. It seems someone wasn’t paying attention to what just happened to Amber Heard.

Boebert said on Fox News and in no uncertain terms that she will not be intimidated. “Partisan organizations putting out blatantly false and disgusting accusations won’t stop me from advancing freedom and conservative values.”

To make matters worse for “FireBoebert,” the photos they used don’t even look like her. You can find them here. The woman in the picture is none other than Melissa Carone. Carone testified as a star witness for Lawyer Rudy Giuliani on 2020 election fraud. But now leftists expect us to believe that she is somehow a shapeshifting Lauren Boebert.

Boebert seems to have a really good shot at winning this case. Her attorney, Jonathan Anderson said that Muckrakers markets itself as a watchdog group but that the truth is, “that Muckrakers is a political committee that exclusively opposes conservative candidates, is funded by established Democrat donor sources, and is managed by Democrat political operatives.”​

“In addition to the civil defamation claims that will be filed, Muckrakers’ actions are criminally liable. Colorado statute expressly prohibits the circulation of ‘knowingly or recklessly’ false information meant to influence an election. In addition, Wheeler also sent letters to the State of Utah and State of Colorado requesting an investigation. Wheeler’s letters contain multiple knowingly false statements.”

In other words, Muckrakers has no wiggle room to feign ignorance. If the allegations are false, the actors involved are criminally liable, period.

What do you think? Why would a political action committee do something so reckless and self-destructive? Do they have a broader plan in mind? Share your thoughts in the comments below.

One thing is for certain though: conservative voices will not be silenced so easily.

Everything democommies do is vile, perverse and always the opposite of the truth! GO GET EM LAUREN!

God bless her in her fight and give her victory

The only thing the democrats do well is lie and scheme up ways to destroy the USA. How their mindless liberal followers can’t see that is something that is not possible for a thinking person to understand.

The only way to win is putting these entities out of business and fine them so heavily that they can’t ever be resuscitated again! Maybe then they learn a lesson?

The so-called “Muckrakers” did what they did because they typical Democraps who are a bunch of lying reprobates. Furthermore, they are not very intelligent.