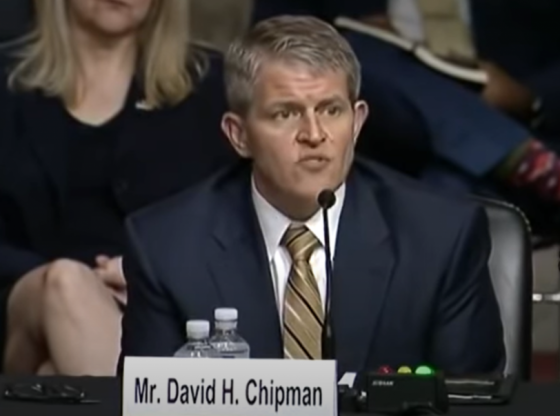 A key senator who will help decide the future of Biden’s radical nominee to lead the Bureau of Alcohol, Tobacco and Firearms has officially announced how he plans to vote. Senator Pat Toomey, who will retire next year, will vote against David Chipman’s nomination.

“Meaningful progress on gun safety will only be possible when members of Congress and the executive branch drop the politics and hyperbole and focus on the possible. That likely will not happen if the ATF—the law enforcement agency tasked with enforcing the nation’s firearm laws—cannot be impartial in carrying out its duties,” Toomey released in a statement this week. “While I respect David Chipman’s nearly 25 years of experience as an ATF agent, I fear that his subsequent vocal support for policies that limit the rights of law-abiding gun owners and his past criticisms of those in the firearm industry would compromise his ability to carry out ATF’s mission effectively. As such, I am unable to support his nomination to lead the ATF.”

The National Shooting Sports Foundation is applauding and thanking Toomey for the decision.

“On behalf of the firearm and ammunition industry, the 13,000 hardworking Pennsylvanians whose jobs depend on the firearm industry, millions of lawful Pennsylvania gun owners and Second Amendment supporters, we thank Senator Pat Toomey for his strong and principled stand to protect the rights of law-abiding Americans. This decision protects the men and women of the ATF working hard each day to carry out their critical mission,” NSSF Senior Vice President and General Counsel Larry Keane released in a statement. “David Chipman’s nomination is clearly a move to politicize the ATF. Confirming a gun control lobbyist as director would not only do irreversible damage to ATF’s mission but it would also harm the cooperative relationship between our industry members and ATF.”

It is essential that Biden be removed from the Presidency before he does more harm to the country! It was a terrible mistake to ever appoint Biden to anything, let alone the Presidency and he should not be allowed to do any more damage!!

[…] Read More on that Topic: thehollywoodconservative.us/articles/key-senator-makes-decision-on-bidens-atf-nominee/ […]