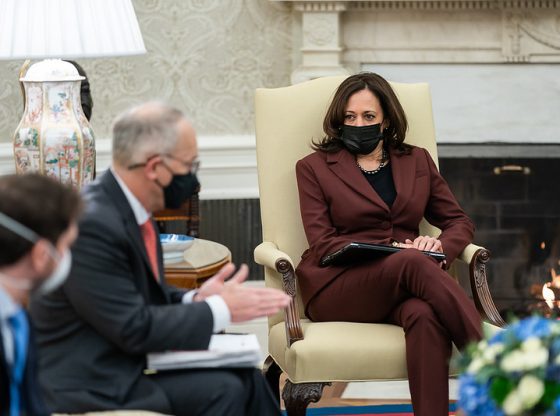 “Today, President Biden will sign a Presidential Memorandum establishing the White House Task Force to Address Online Harassment and Abuse, responding to the need for government leadership to address online harms, which disproportionately affect women, girls, people of color, and LGBTQI+ individuals,” the press release stated, going on to note that the task force would include Attorney General Merrick Garland and Surgeon General Vivek Murthy, among others.

The task force’s primary goal will be to “produce recommendations for the Federal government, state governments, technology platforms, schools, and other public and private entities to prevent and address technology-facilitated gender-based violence, including a focus on the nexus between online misogyny and radicalization to violence.”

The task force was also to be instrumental in “developing programs and policies to address the disproportionate impact of online harassment, abuse, and disinformation campaigns targeting women and LGBTQI+ individuals who are public and political figures, government and civic leaders, activists, and journalists in the United States and globally.”

However, a reporter noted during Thursday’s White House press briefing, that several of the task force’s objectives appeared to be very similar to those of the recently-scrapped Disinformation Governance Board.

“On a background call last night we were told that it’s going to be different from the Disinformation Governance Board in that it’s going to focus on illegal conduct online,” the reporter began. “But the memo creating it was a little bit broader and it mentioned — I’m quoting from the document — ‘online harassment, abuse, and disinformation campaigns targeting women and LGBTQI+ individuals who are public and political figures.’”